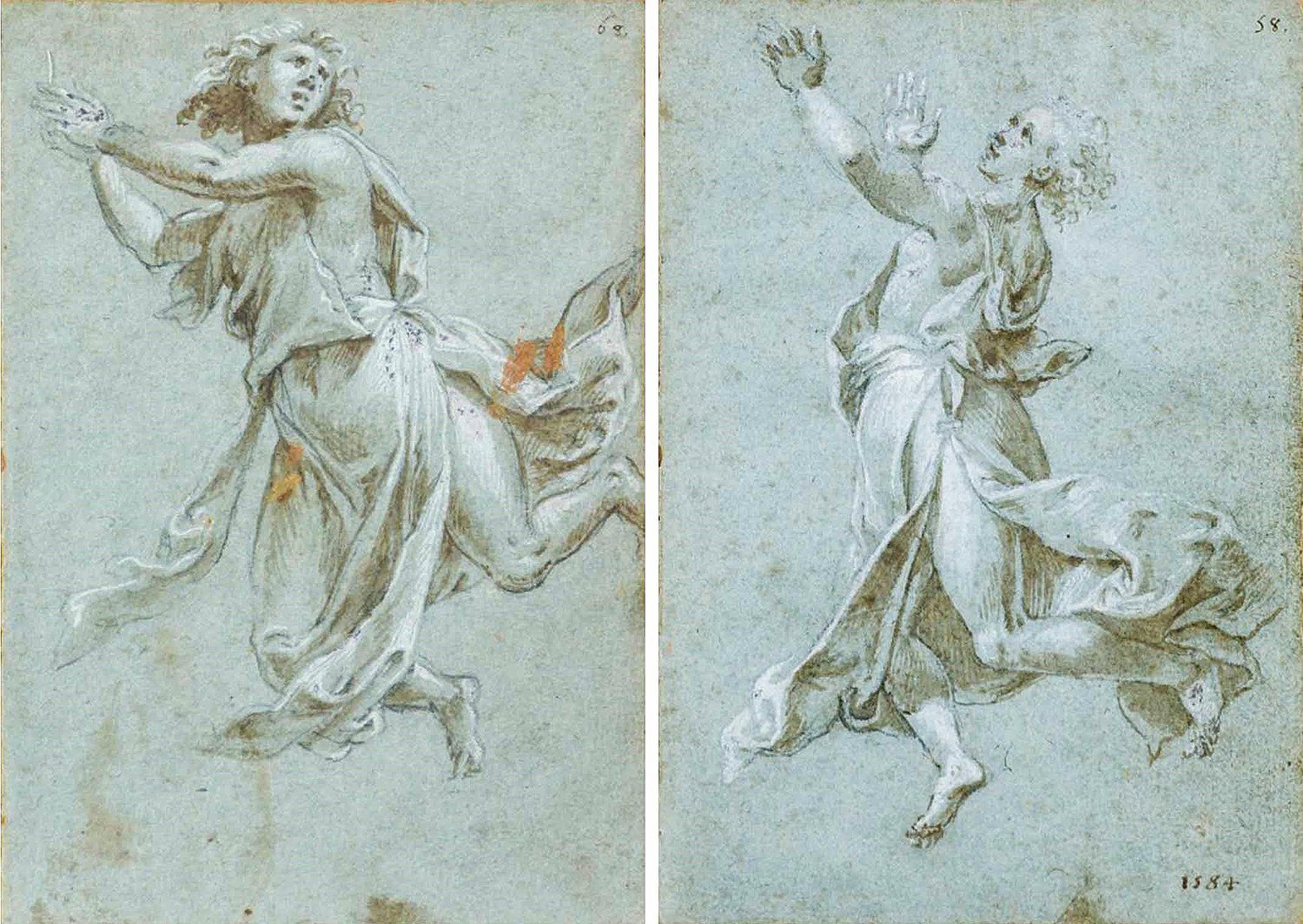 Carlo Urbino was a painter from Crema, active during the last half of the 16th century, whose oeuvre and artistic personality have only recently emerged during the last half-century of scholarship. Urbino’s sketches are infused with the influence of Gian Paolo Lomazzo, to whom many of Urbino’s sketches were originally attributed. He is best recognized for his successful role as one of the leading painters of Lombard Mannerism.

The present pair of drawings, depicting angels in adoration, are immediately relatable to a series of black-and-white chalk studies on blue paper by Urbino at the at the Ambrosiana in Milan (see Invs. F252, F255, et al).

Our pair of sketches conform with what Giuseppe Cirillo described as “modellini:” small sketches executed in Urbino’s workshop and intended for variable use on projects realized by his studio. These small sketches would have referred to larger originals and were functionally employed for re-use in other related compositions. A similar larger composition of an angel is observed on a sketch executed on blue paper and ink formerly in the private collection of Marquee Jacques Petit-Hory (Christie’s sale, 14 December 2004, Lot 35).

Specifically, our sketches relate to the frescoed apses and termina spans painted by Urbino and his Milanese collaborator, Aurelio Luini, from 1575, in the church of Madonna di Campagna in Verbania-Pallanza. The central apse, featuring an Adoration of the Virgin, flanked by angels, was executed by Urbino and our sketch of the angel with its head turned reflects the pose and drapery of the right-attendant angel in this composition. Other studies for this specific scene in the chapel’s program are found in the Louvre (Inv. 11496) and another in London (Rudolph collection) and elsewhere. Our sketch of the angel with open arms features the date, 1584, and may reflect a project executed toward the very end of Urbino’s life, as he died the following year.