Silver relief depicting the Presentation of Christ by Christoph Lencker 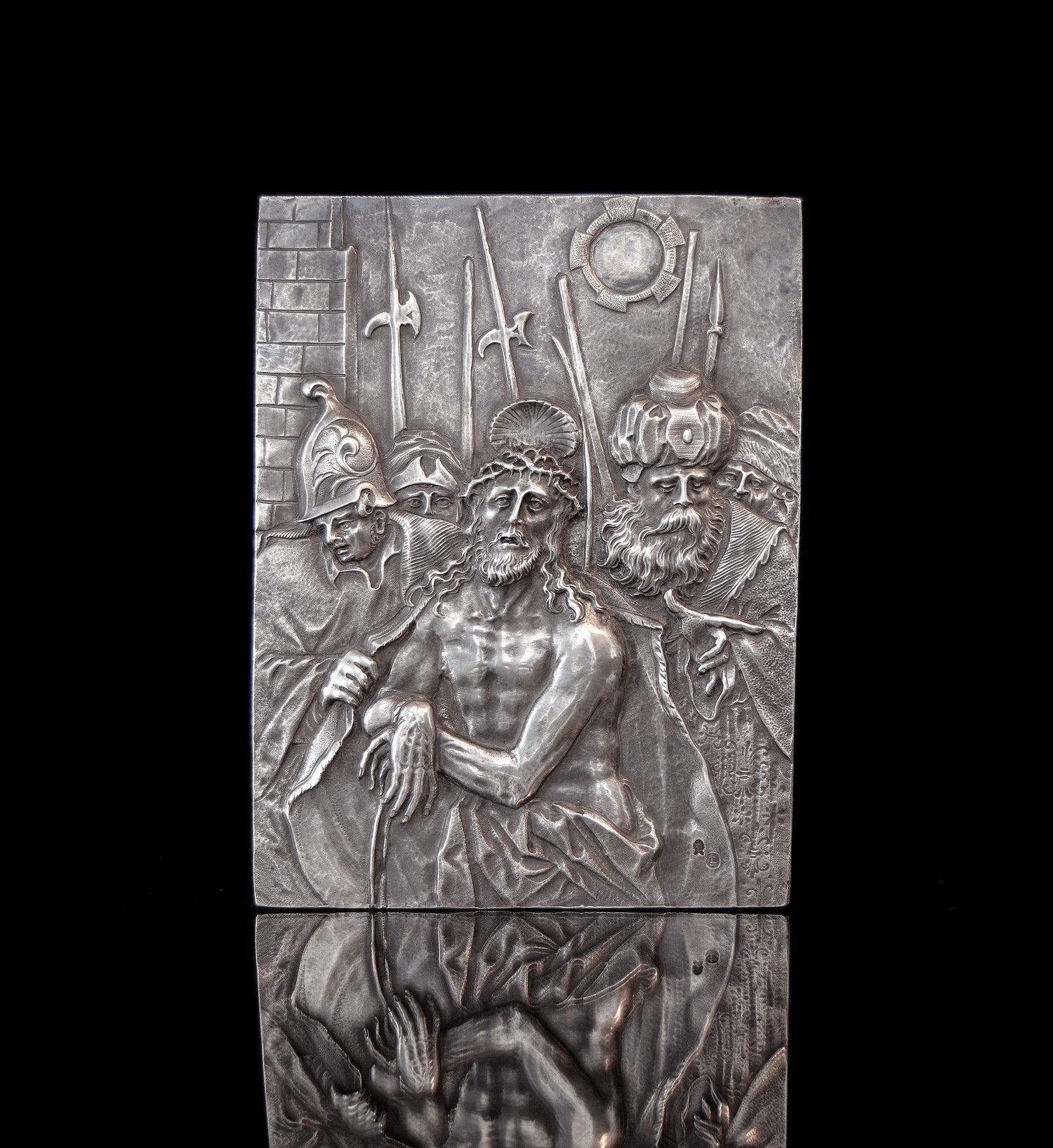 Though a later cast, the reproductive quality of this thick, silver plaque is breathtaking. Every detail of the original silver model is captured in fine detail. The result is a stunning, dramatic and exquisitely fine artwork that highlights the craftsmanship and skill of its original maker: the Renaissance Augsburg silversmith Christoph Lencker, whose hallmark is likewise reproduced, stamped into the relief along with the Augsburg mark for the years 1610-13.

This relief has not been discussed in the literature, likely due to its rarity. The original is probably lost, though was preserved by the foundry producing this cast, ca. 1800. Another cast (from the same foundry) was available in the German art market during the 2000s. A complete bronze cast belongs to the Museo Lazaro Galdiano in Spain and two additional late bronze casts have appeared in the art market over the past decade.

A stellar work by an exceptional hand. Christoph Lencker belonged to the Lencker dynasty of gold and silversmiths active in Nuremberg and Augsburg throughout the 17th century. Many of their works form important additions to museum collections around the world.