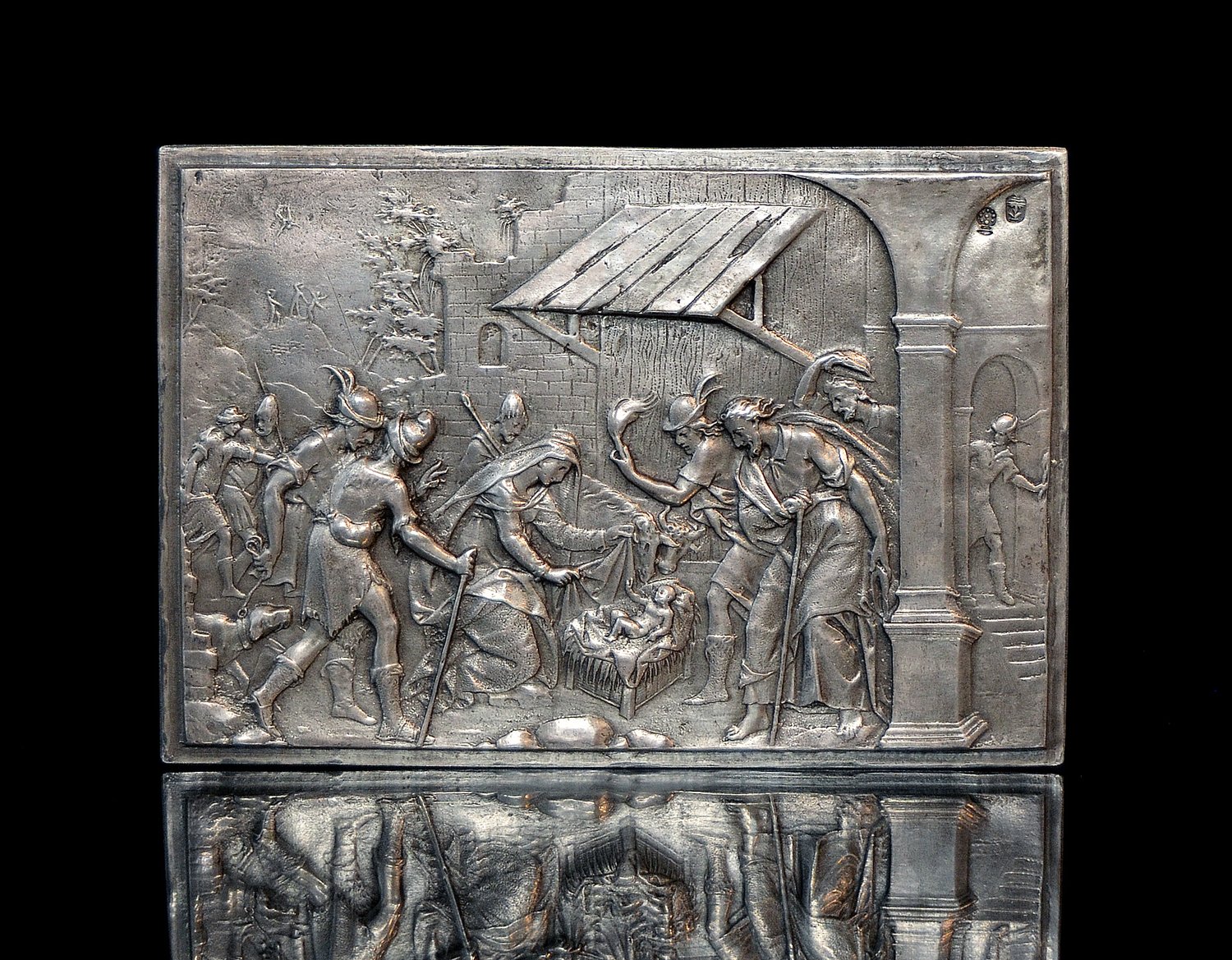 A later, though high quality silver cast plaquette of Matthias Walbaum’s Adoration of the Shepherds, made in Augsburg, ca. 1610-13.

A rare cast of exceptional quality which defies all previous scholarship on this remarkable and influential relief. Weaker cast variants of this model are known in Museum and Private collections. In catalogs and academic literature it has traditionally been mistakenly attributed as an Italian work by Giovanni Bernardi.

The author of this relief was Matthias Walbaum of Augsburg, the celebrated maker of small silver reliefs whose work adorns numerous ebonized wood tabernacles, altar crosses, furniture and cabinets in various important museum collections. The attribution is made certain by the use of his hallmark (a tree or flower within a shield), reproduced on this extraordinarily fine cast. Also reproduced is the Augsburg stamp for the years 1610-13. Also overlooked by scholars is the feature of this relief (in silver) on the lower base of a house altar at the Germanisches Nationalmuseum in Nuremberg (Inv. No. KG 735)

The presence of a flange featured on this cast suggests its mold was probably taken from the original silver relief by Wallbaum. It would be impossible to retain such fine detail of the relief itself, if it were not derived from a first generation cast. An assay mark is etched into the reverse of this plaquette. The cast (thick and heavy), is probably ca. 1800 from a French or Viennese foundry.

This plaquette was likely a study for the slightly later predella of the Frederiksborger altar made by Walbaum for Christian IV of Denmark around 1610-15.

Condition: A later (probably a late 18th century) cast of exceptional quality, directly reproducing the original by the artists’ hand.