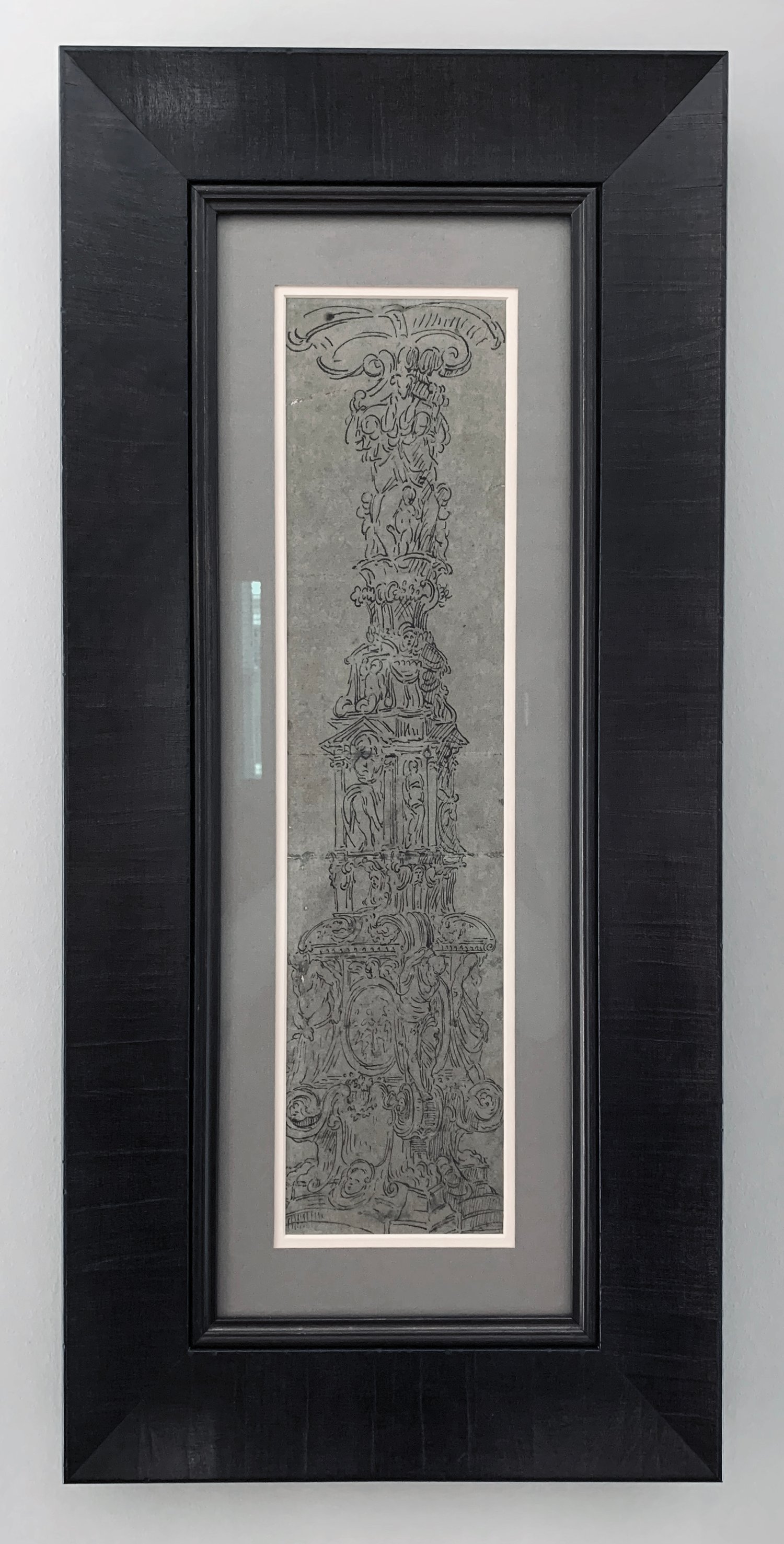 A sketch probably by Antonio Gentili da Faenza, depicting a candlestick he made for Cardinal Alessandro Farnese. Rome, after 1578.

The present sketch reproduces one of two candlesticks presently in the Vatican Treasury and still used, on special occasion, by the Pope. The candlesticks, along with an accompanying altar cross, were completed in 1578 by the celebrated Roman goldsmith, Antonio Gentili da Faenza. The group was commissioned by Cardinal Alessandro Farnese who later, on 2 June 1582, donated it to the church for the high altar in the Basilica of St. Peter’s. The silver used for the realization of this high altar set was cast from the remnants of Charlemagne’s cross.

The altar set are a rare survival of Gentili’s master craftsmanship, greatly influenced by the expressiveness of Michelangelo, whose models Gentili himself claimed to own in his workshop. The candlestick is beset by carved intaglio rock crystals by Giovanni Bernardi (with whom he likewise collaborated for another celebrated masterwork: the Farnese casket).

Another of Gentili’s autograph survivals is the exterior gilt silver cover for the Farnese Book of Hours, illuminated by Giulio Clovio (Pierpont Morgan Library).

Surviving sketches attributed to Gentili are scarce. One accepted example is a sketch of a silverware set known to be the sculptor’s work, both which reside at the Metropolitan Museum of Art. The manner and handling is alike on our sketch. Suggesting our sketch is more than a goldsmith’s model intended workshop circulation, is its in situ character, captured at an angle unsuited for traditional disegno. The sketch perhaps preserves, for Gentili, his remarkable creation.