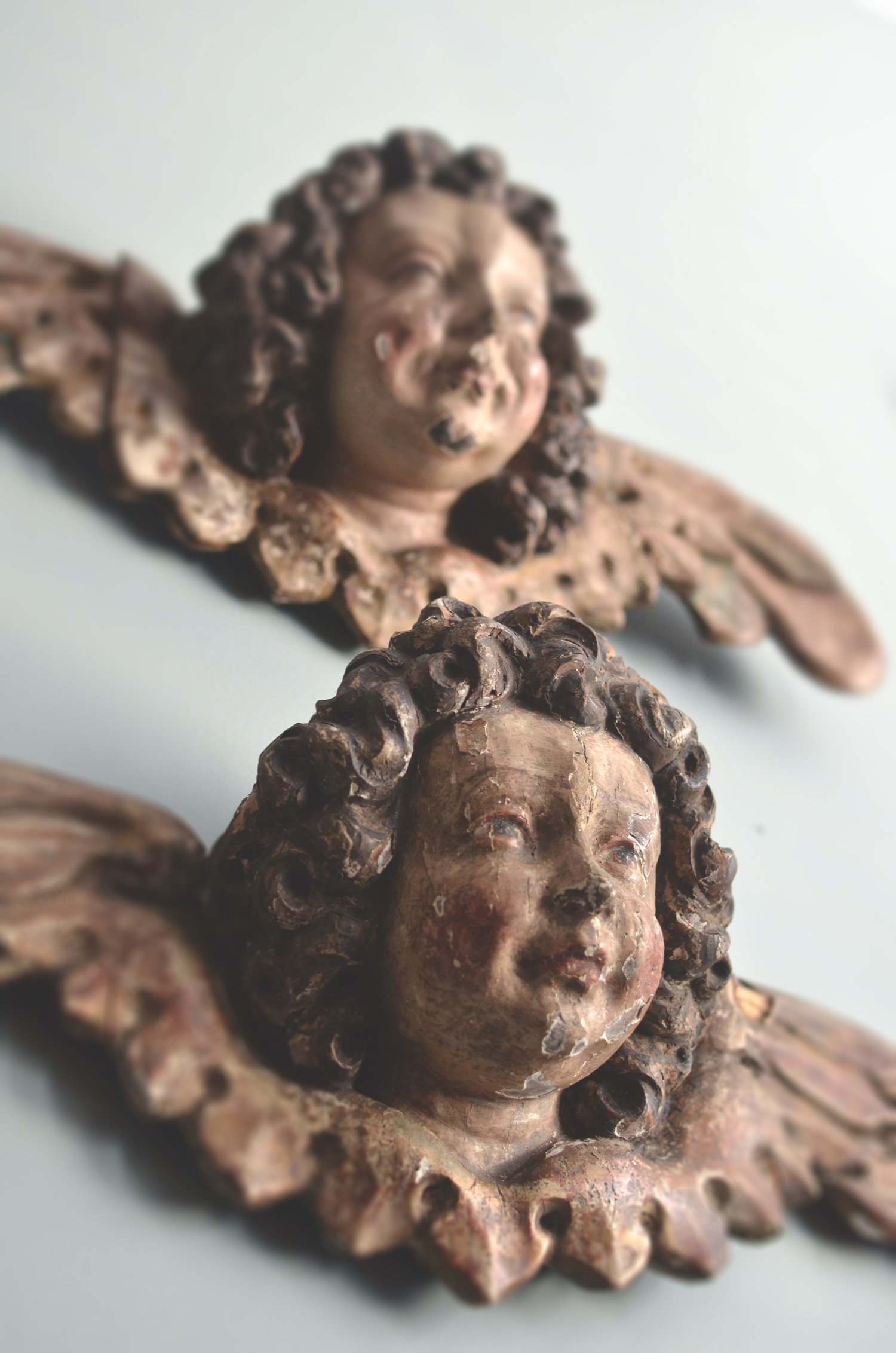 This pair of sculptures are of the Ulmish school, comparable with the style of works dating to the first quarter of the 16th century. In particular, the pair have a very close parallel quality and manner to the work of Gregor Erhart (see his masterpiece, Mary Magadalene, at the Louvre).

Unfortunately, none of the four documented works by Gregor Erhart survive. The strongest idea of his work is a fragment from a larger altarpiece, a Virgin of Mercy, that is most likely from his Kaisheim altarpiece, ca. 1502-04, which survived at the Deutsches Museum in Berlin until it was destroyed in WWII. It is the surviving photographic record of this sculpture that is the source for all other works presently attributed to Gregor, notwithstanding our understanding of his father, Michel’s, work, under whom he trained and carried the Erhart style to Augsburg until about 1510 when the artistic climate shifted to a generic universal ‘Augsburg style.’

Apart from the highly Ulm-esque influences present on the cherubs offered here, there are several immediate correspondences they share with Gregor Erhart’s Child Christ of the Virgin of Mercy sculpture. Compare, for example, the spiraling hair laid thickly upon the head of Christ and covering his ears as though to frame his angel-like face. Also similar are the heavily applied reddening of the cheeks, exaggerated in like manner as observed on the cherubs presented here. The almond eyes, arched and thinly rendered eyebrows as well as their pursed lips are also commensurate.

Especially close to the two cherubs is an Infant Christ (Museum fur Kunst und Gewerbe), convincingly given to Gregor, ca. 1500. The protruding, divited chin and dimples, closely aligned along the same horizontal plane as the lips, coupled with the striking innocence of expression, are likewise comparable. The hair and polychromy are again very similar.

Condition commensurate with age. Losses to polychromy and plaster undercoating. Shrinkage of wood along seams due to age.