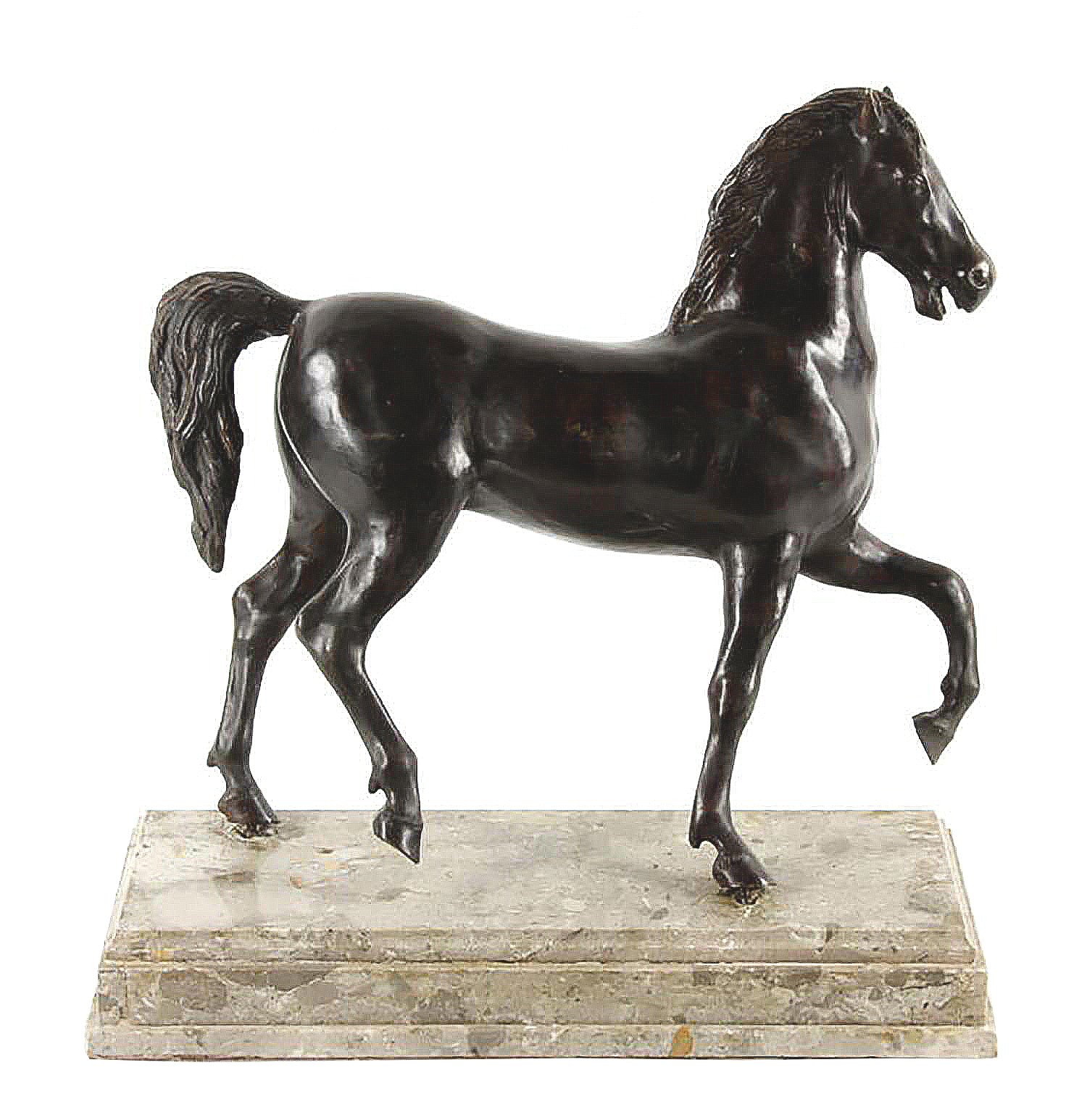 Anonymous
19th century; Italy
Bronze on a marble base

This large bronze statue of a trotting horse, handsomely realized, features a beautifully aged patina. Its realization is in-keeping with the production of bronze statues of the 19th century, inspired by the Classical past and sold to foreign travelers to Italy embarking on their Grand Tours. Unique, however, is the large scale of this example which would naturally land a prized position in a sophisticated home of the period.

The present horse may have been inspired by models based upon Leonardo DaVinci’s “Gran Cavallo” for the unrealized ambitious large-scale monument to Francesco Sforza or perhaps on earlier Classical modalities like the large antique Horses of the Hippodrome of Constantinople preserved in St. Mark’s Basilica in Venice.