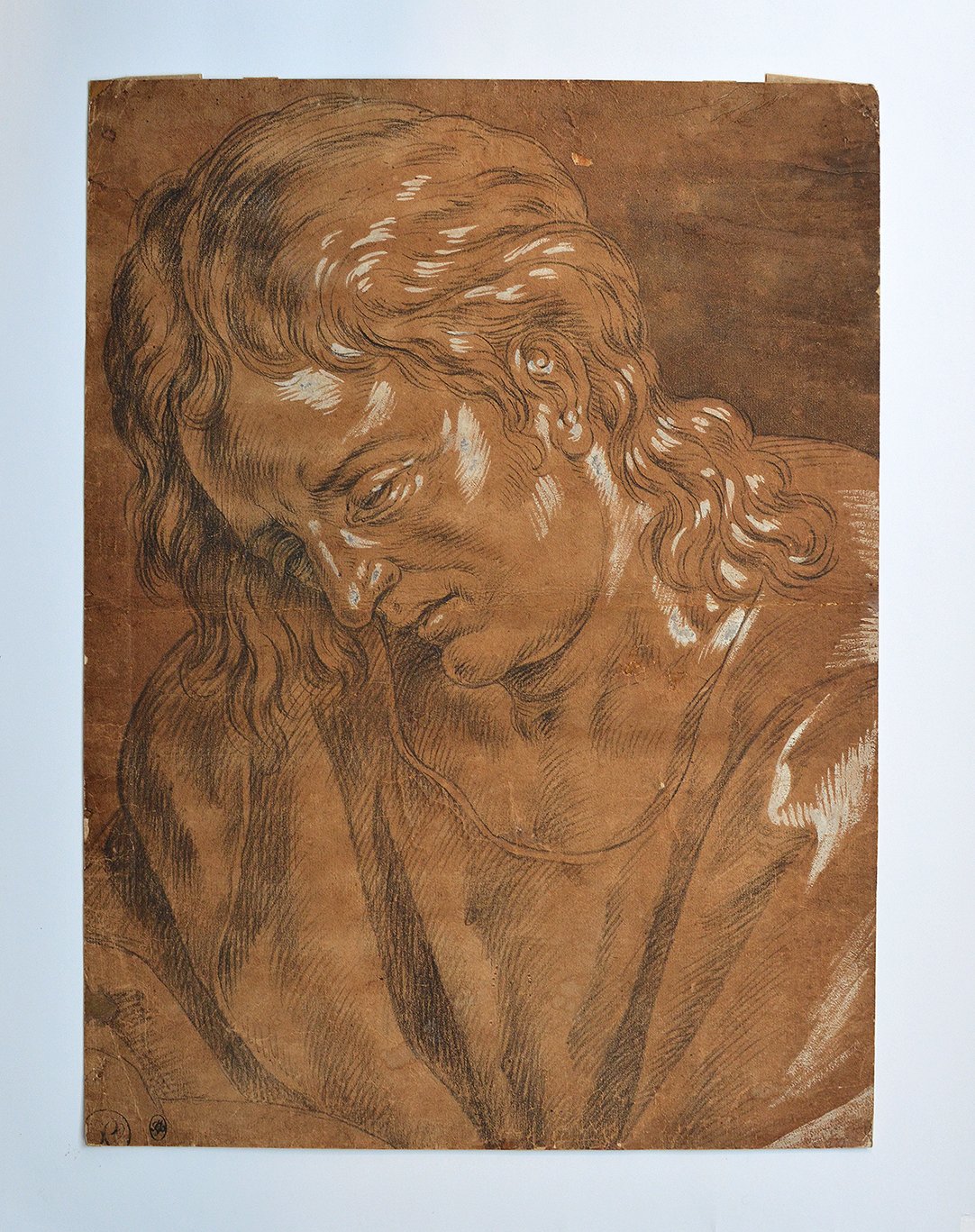 The present sketch may be placed within the 16th century "Dürer Renaissance," following after the influence and style of Germany's most prolific and historic artist, Albrecht Dürer.

The subject depicts a middle-aged man, in three-quarter profile, engaged in his work. He wears a breathable chemise beneath a plain open-collar robe, terminating in a “V.” His casual presence is distinguished by his hair running wildly down the back-of-his-neck and along his face as he looks downward. He has a long face with wide forehead, high cheek bones, perhaps suggestive of an Eastern European descent, narrow eyes, creased lower cheeks, thin lips, bulbous chin and a degree of periorbital puffiness beneath-the-eyes. The man is perhaps a draughtsman or goldsmith, whose hands remain occupied while his face expresses a concentrated and pensive appearance as he leans inwardly over a work table.

The drawing is quite finished, lacking the changes one would observe often in a sketch or study, and may indicate a final state, presumably for a portrait.

The style of the sketch recalls Dürer's influence with its heavy outline circumnavigating the sitter and the wavy, curling character of the sitter’s hair, rendered first and often left open and delineated by vibrant strokes later worked-over with shading to add depth-and-volume.

There is a manner to the portrait that recalls a draughtsman experienced with woodblock cutting or design. The aged paper, coupled with its freely applied white highlights, casts the impression of wonderful chiaroscuro work.

Condition: The sketch has been reinforced by application to a thicker backing sheet and has browned with age; an old middle-fold; some water stains and oxidation of the white paint. Some minor creases and a few small losses, in-filled by a later hand.

Note: The pencil notes on the verso describe the drawing as “16th century German School,” with the question “Durer?” There is also a reference that the drawing belonged to “Comte d’Orsay” (Pierre Marie Gaspard Grimod), however, this is perhaps a misreading of Vischer’s collection stamp which looks similar to d’Orsay’s.