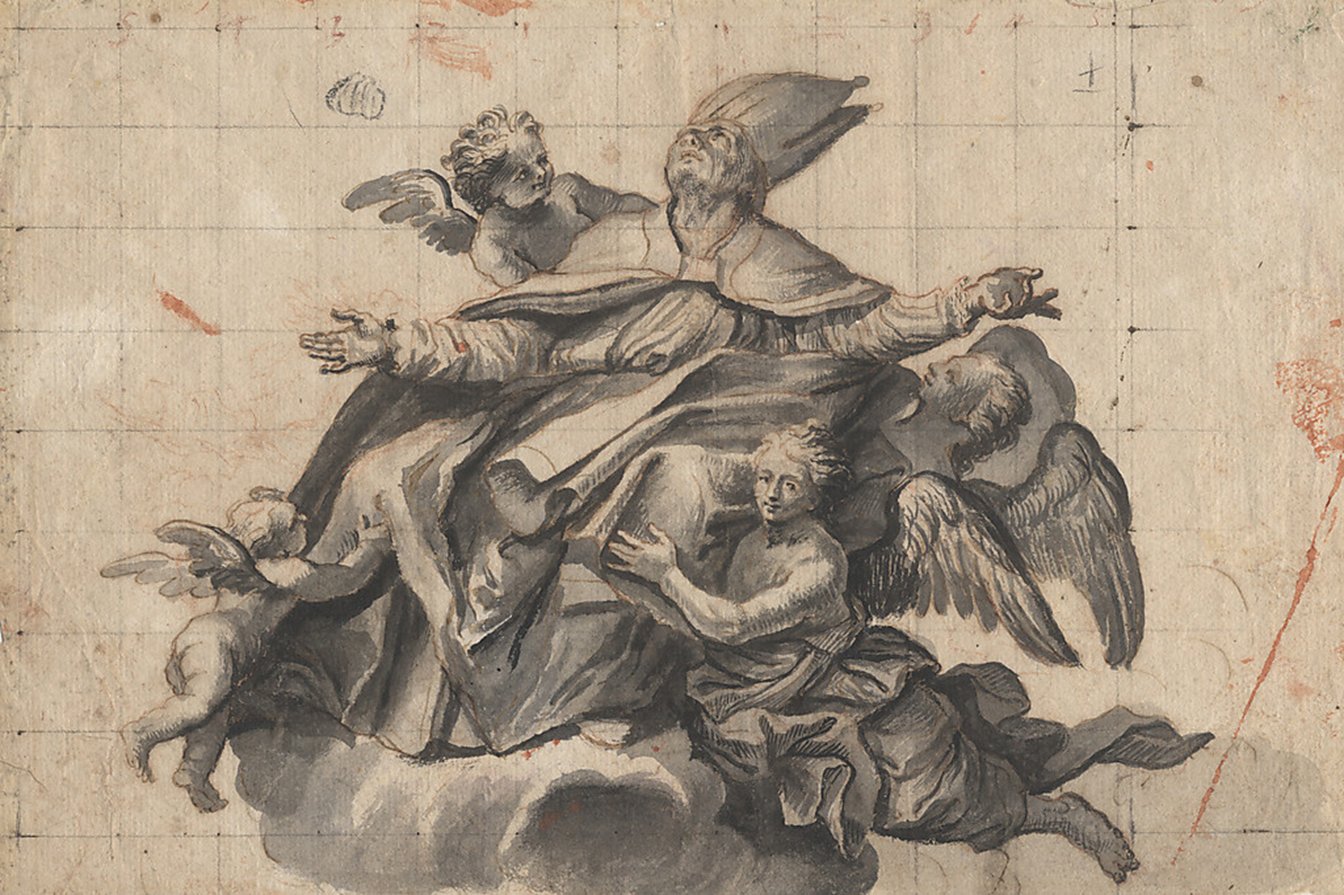 An exquisite sketch with handsome colors, superb composition and a vivid sense of motion.

Domenico Piola was one of the major decorator artists working in Genoa during the second half of the 17th century. He developed his popular and highly influential fresco style from such Genoese predecessors as Castiglione and Valerio Castello. Piola and his son-in-law, Gregorio de Ferrari, created a lyrical yet bold decorative idiom that provided Genoa with a Late Baroque style that rivaled the activity of contemporary Rome.

Aside from his many frescoes, easel pictures, and prints, he produced a great number of finished drawings to be sold to collectors. According to an eighteenth-century biographer, Piola “spent every night drawing his various ideas on paper . . . and never repeated a design in the more than 4,000 sheets still owned by his heirs.” He had an enormous impact on the next generation of Genoese artists, and his prodigious graphic output, including frontispieces and other types of prints, contributed to his reputation throughout Europe.

The present drawing is squared which made it possible for the design to be transmitted to larger scale. The composition suggests that it would have been intended for the decoration of a ceiling, probably for one of Genoa’s many wonderful churches. The effect is typical of the Italian Baroque preference for trompe l’oeil effects, with the Bishop-Saint supported on clouds by angels.

Condition: Commensurate with age. Pen and brown ink with grey wash and squared in graphite, on 17th century rag-linen laid paper. Previously with a Dutch and UK collection(s).