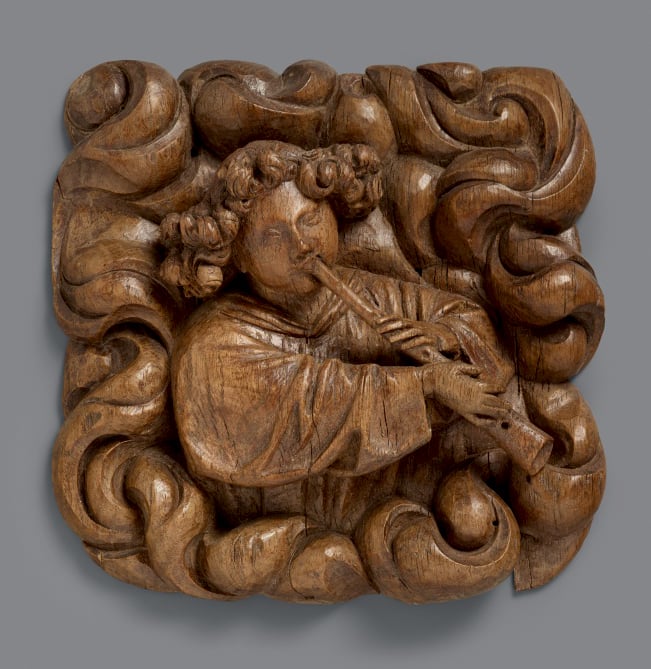 The present sculpture, carved in high-relief, displays large bulbous clouds which eloquently surround the action-filled eruption of sound one can imagine emanating from the shawm blown by the angel whose form vibrantly emerges from the relief’s center.

The angel, whose heavily-lidded, almond shaped eyes and undulating curls-of-hair bursting outwardly from the crown of the head—with sweeping sleeves bearing loosely creased pleats extending beyond the clouds which frame him—recall the sculptural vocabulary of 15th century Flemish or Southern Netherlandish sculpture. However, it's German sentiments shouldn't be ruled out with a possible origin in central Rhineland.

The present work is likely the fragment of a dismantled choir loft. Its feature of a half-length angel, surrounded by clouds and blowing a shawm is in-keeping with other motifs depicted along the tracery work of choir lofts found throughout the Southern Netherlands and neighboring regions during the late Gothic age.