A stucco relief of Angels after the Master of San Trovaso 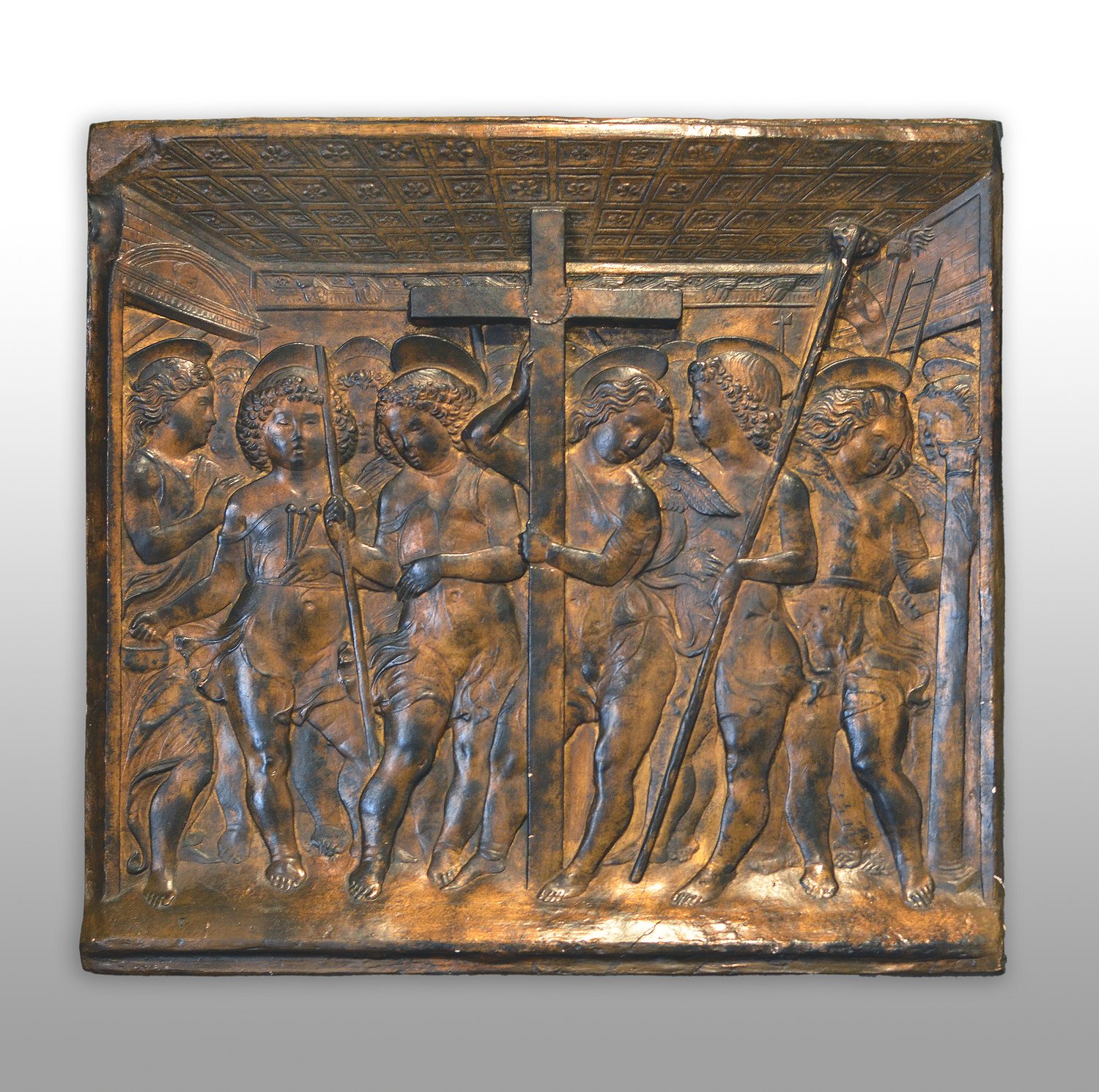 Musician Angels with the Symbols of the Passion of Christ

The present sculpture reproduces the central relief for the marble altar frontal at the Church of San Trovaso in Venice. The composition must have been celebrated by contemporaries since a less accomplished marble copy is known also in the Berlin museum collections.

Scholarship has remained undecided concerning the identity of the Master of the San Trovaso reliefs although Antonio Rizzo was suggested by Pietro Paoletti in 1893, and before him, several scholars attributed the relief to Donatello, an idea now dismissed.

Rizzo was lauded by his contemporary, Marcantonio Sabellico as “the best sculptor” of his time although he seems to have been regrettably forgotten at an early date as the art historian Giorgio Vasari confused him with the sculptor Andrea Riccio and Francesco Sansovino, son of the sculptor Jacopo Sansovino, strangely misattributed Rizzo’s signed Adam and Eve as a work by Antonio Bregno. These shortcomings, in addition to the demise of Rizzo’s reputation in his late years, on account of an embezzlement charge, are evidence of how quickly this talented sculptor was forgotten. Unfortunately, the deficiency of knowledge concerning Rizzo’s oeuvre is not tangible enough to draw satisfactory conclusions as to whether he authored the Trovaso reliefs. However, they remain the trace remnant of a talented and capable artist whose skills have been overshadowed by history.

A 19th century ivory copy of a detail of the Trovaso reliefs is known at the Victoria & Albert Museum, thought to have been made ca. 1825-50 for Grand Tourists visiting Venice (Inv. 4690-1858). Some terracotta reproductions of the altar reliefs are known to have been made during this period. However, we are unaware of any other Grand Tour era stucco casts with exception of one example formerly in the Metropolitan Museum of Art’s now-deaccessioned Plaster Gallery.

With thanks to Alison Luchs for her provision of data concerning this work.