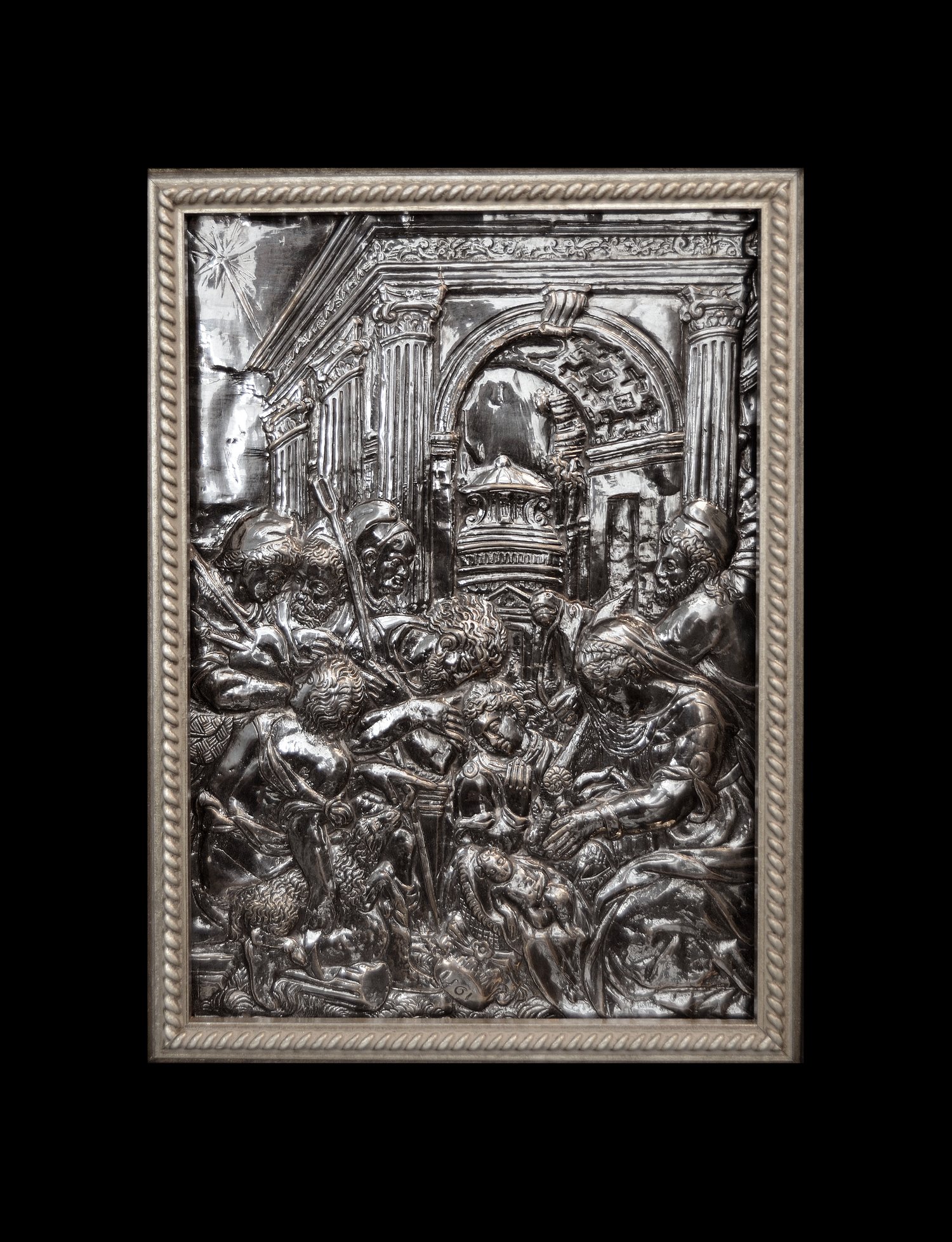 Examples of this relief are widely circulated throughout Europe. Many reproduce an inscription along the architrave: PARM INVENT, along with the date, 1561, on an exposed fragmentary column along the lower margin. The majority of examples are cast in bronze, with most being later in facture. Copies are also known in wood, marble, stone, ivory, cartapesta and even painted versions, attesting to its widespread popularity over several centuries.

The relief’s author has long been debated and is often mistakenly given to the 16th century goldsmith Gian Federico Bonzagna. Attributions to Parmigianino and Pelligrino Tibaldi have also been forwarded. However, the low relief style of the composition is indebted to the Iberian influences penetrating Naples and Milan during the mid-16th century, particularly in the ambit of Giovanni da Nola. Stylistically, the figures and relief-work recall the steel-repoussé armorers of Milan.

Silver repoussé versions of the relief, like that offered here, are datable to the end of the 18th century and beginning of the 19th century. The Church of Santa Maria del Carmine in Milan has an example which features an inscription of 1808 and an example in the Civic Museum of Brescia features the date 1804 written on its reverse. Another at the Castello Sforzesco in Milan is set into a wooden support featuring the date of 1792.

Condition: commensurate with age, set into a sophisticated modern frame