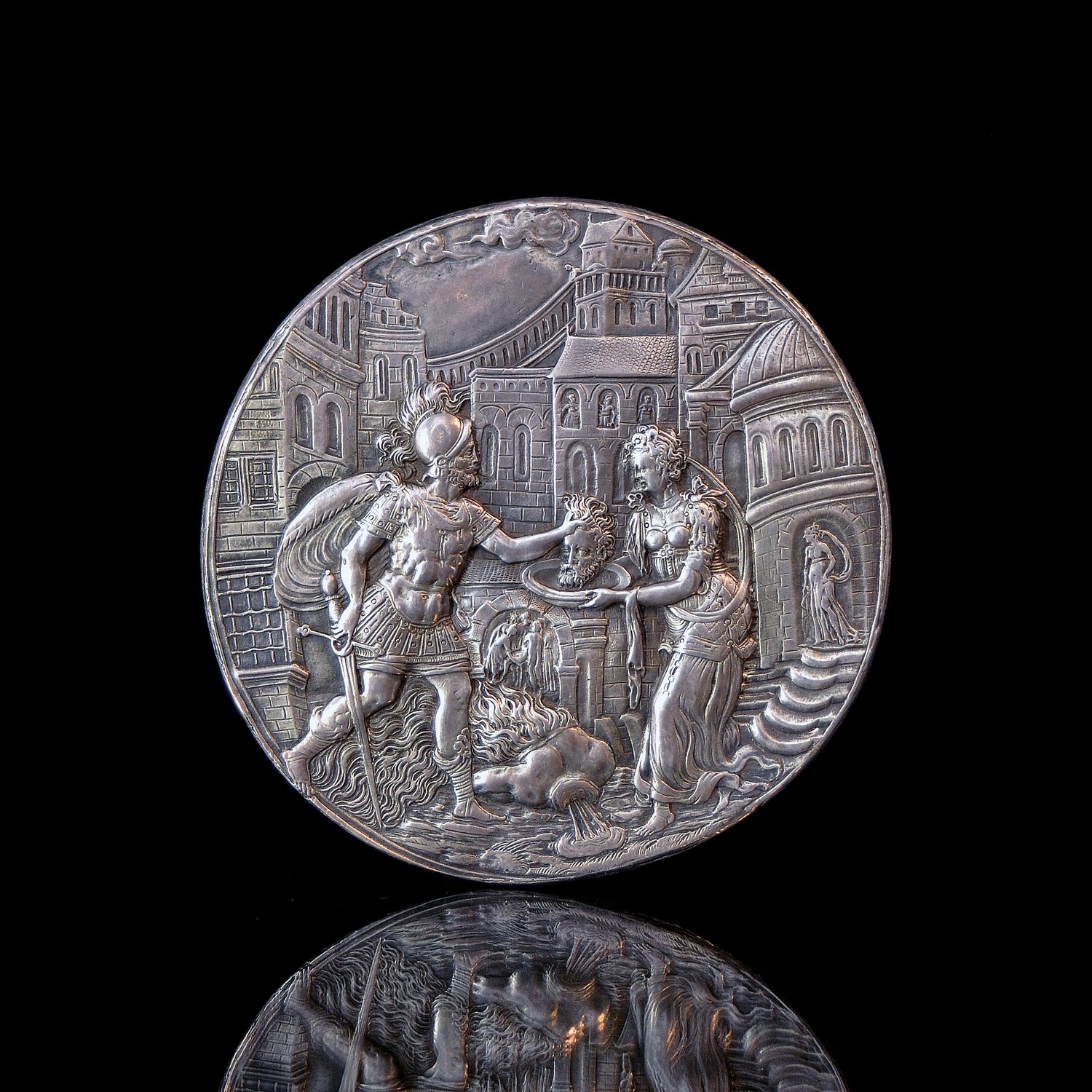 Condition: a later, probably a late 18th century cast of exceptional quality (directly reproducing the original by the artists' hand)

A rare and exceptionally realized relief sculpture depicting the Beheading of John the Baptist.

While discussing a bronze cast of this plaquette in the Walcher von Molthein collection, Braun (1919) notes that a drawing by the Swiss painter, Hans Bock, reproduces a scene of similar import to the present plaquette, suggesting a print may have served as a model for both the sketch and the realization of this plaquette. However, none have yet been identified.

This plaquette has generally been given a late 16th century South German (Augsburg) association though an origin within the early-to-mid 17th century artistic milieu of France remains also possible, as the subject follows some similar, circular Limoges enamels of the era and region.