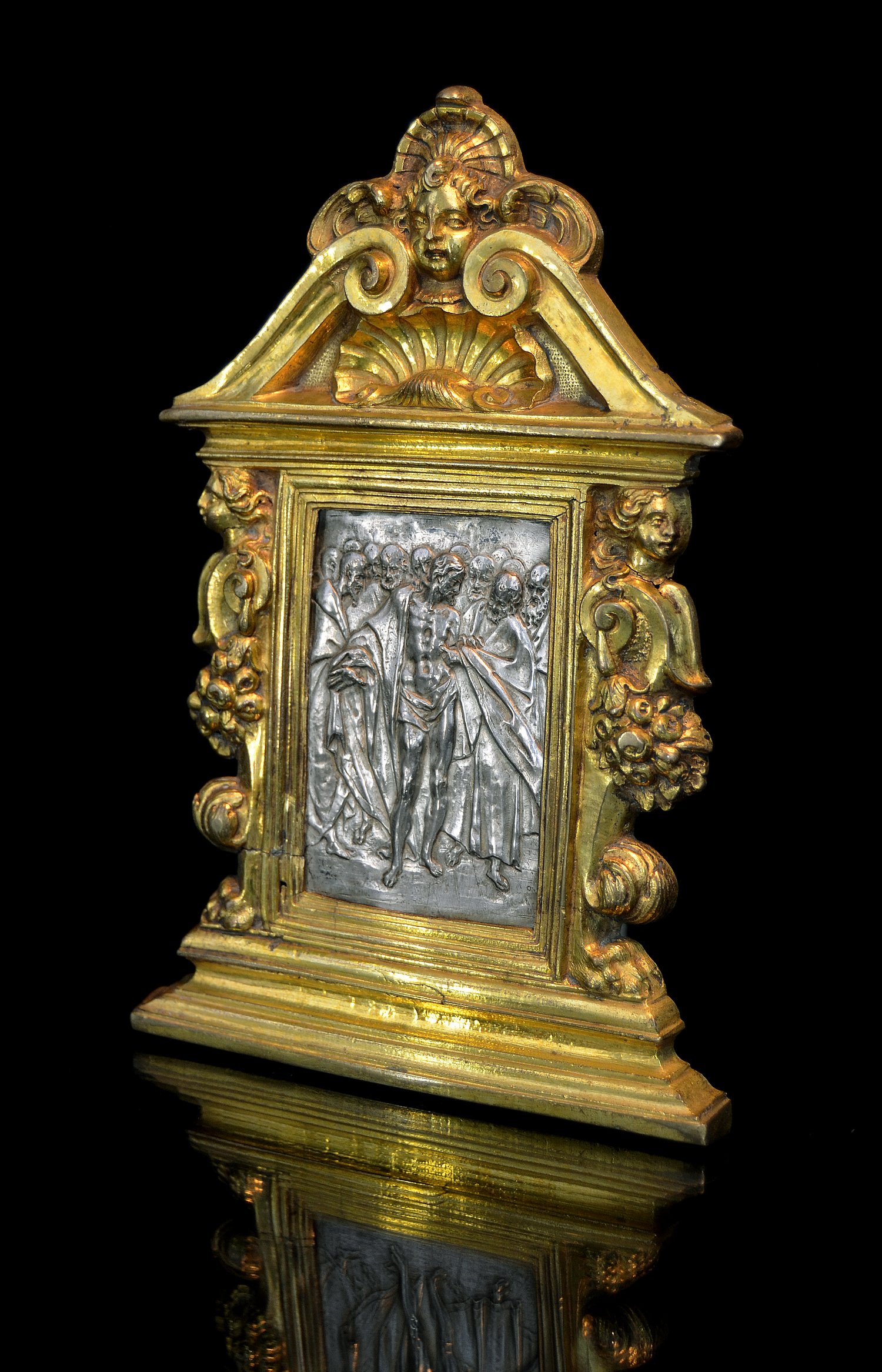 Antonio Gentili was one of the finest goldsmiths active in Rome during the last quarter of the 16th century. The 17th century art historian, Giovanni Baglione claimed, “there was no rival to such talent." Gentili's oeuvre includes precious objects realized for a quantity of Popes and nobles alike, a testament to his celebrated skill.

This luxurious pax, depicting a scene of Doubting Thomas, features the finest qualities of Antonio Gentili's workmanship. The flanking caryatids along it sides recall those along the base of his famous Farnese Casket realized in collaboration with Manno Sbarri for Cardinal Alessandro Farnese, as do their bunches of fruit. The winged cherub with an eloquently chased nimbus set atop our pax recalls the same on a pax of the Risen Christ, after a model by his collaborator, Guglielmo della Porta, likely commissioned by the Medici family (Palazzo Pitti). It compares equally with the masks featured on his Farnese altar service, his masterpiece, now at the Vatican. Finally, the image of Thomas faithfully follows Gentili's depiction of the Virgin on the gilt silver binding he created for the Farnese Hours, commissioned by Cardinal Odoardo Farnese around the year 1600 (now at the Pierpont Morgan Library).

Paxes associated with Gentili are scarce, this being a rare survival, probably contemporaneous (reverse and handle lacking and condition commensurate with age).

The underside of the base is engraved: FRANCISCVS . SPAGNIA . CVSTOS . 1634, referring to a former 17th century Spanish owner.

For a more detailed discussion of this pax and Gentili, see: https://renbronze.com/2019/10/11/the-paxes-and-reliefs-of-antonio-gentili-da-faenza/