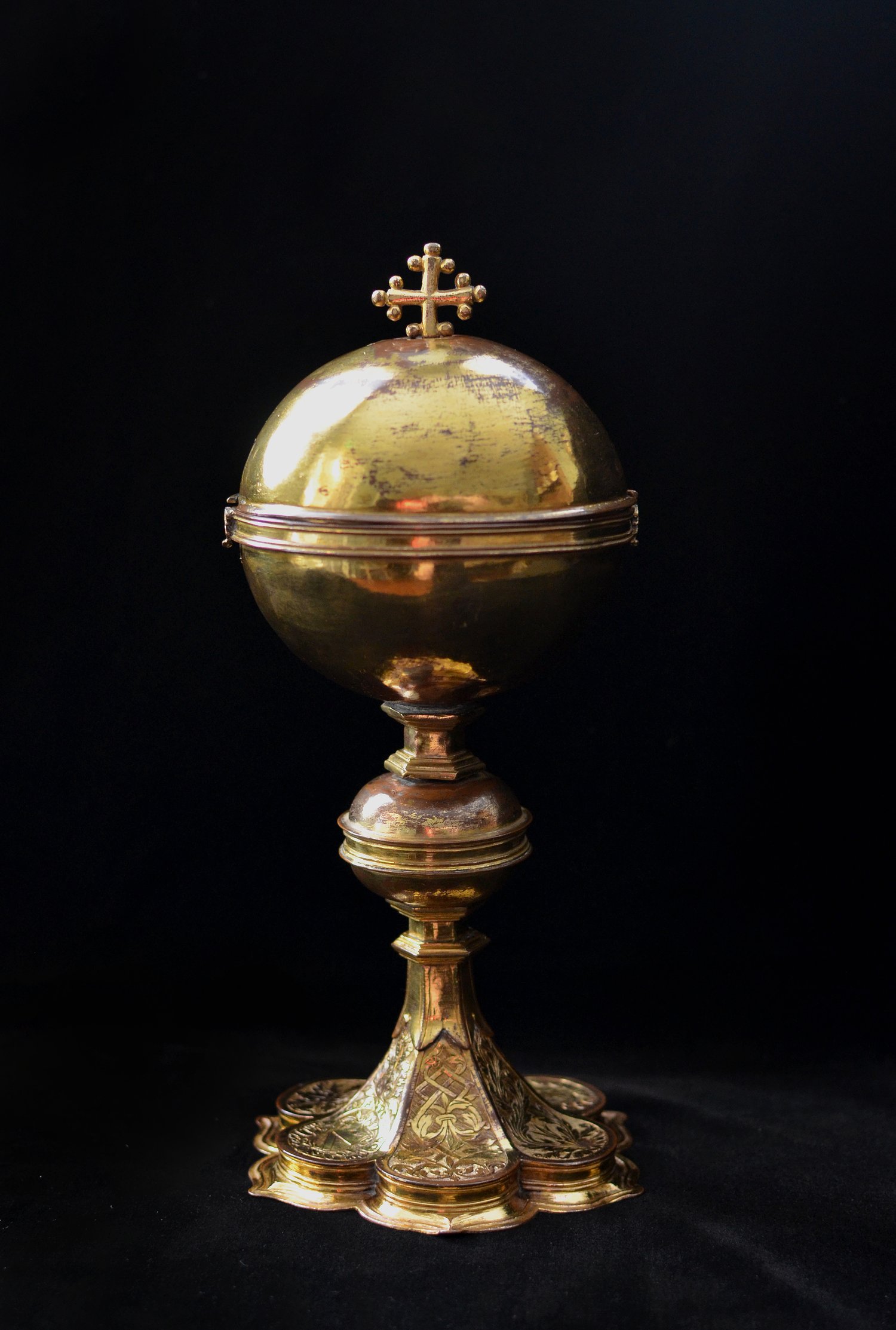 This ciborium would have been used to hold the consecrated wafer for the rite of Communion. Beyond its utilitarian function, however, is a handsome and sophisticated design that is both elegant yet reserved.

A spherical bowl and lid are set upon a hexagonal stem with an attractively fluted spherical knop, surmounted by a later-added cross finial. A hexalobate base supports the stem and bowl with beautifully engraved foliage and knotwork. An unidentified armorial is engraved along one of its lobes, featuring a banderole with the inscription: PRE IO ANTONI CORTE, perhaps referring to the donor or original owner’s name, presumably a Prelate named Giovanni Antonio Corte.

The rubbed gilding, due to wear and use, provides an elaborate texture juxtaposing a sense of age with the precision-refinement of its engraved base. The interior bowl, accompanying the ciborium, is a later addition and though the entire object is well-preserved there is a minor soldered reinforcement to the upper stem.

Our ciborium descends from the former collection of Anton Philips and his son, Fritz, important 20th century collectors. Anton and his brother, Gerard, were founders of Philips, the light-bulb and electronics company. Fritz continued the legacy of his father, in both business and collecting and was also recognized for his valor in rescuing 382 Jews during the Nazi occupation of the Netherlands during WWII. Fritz himself also spent months in a German concentration camp.