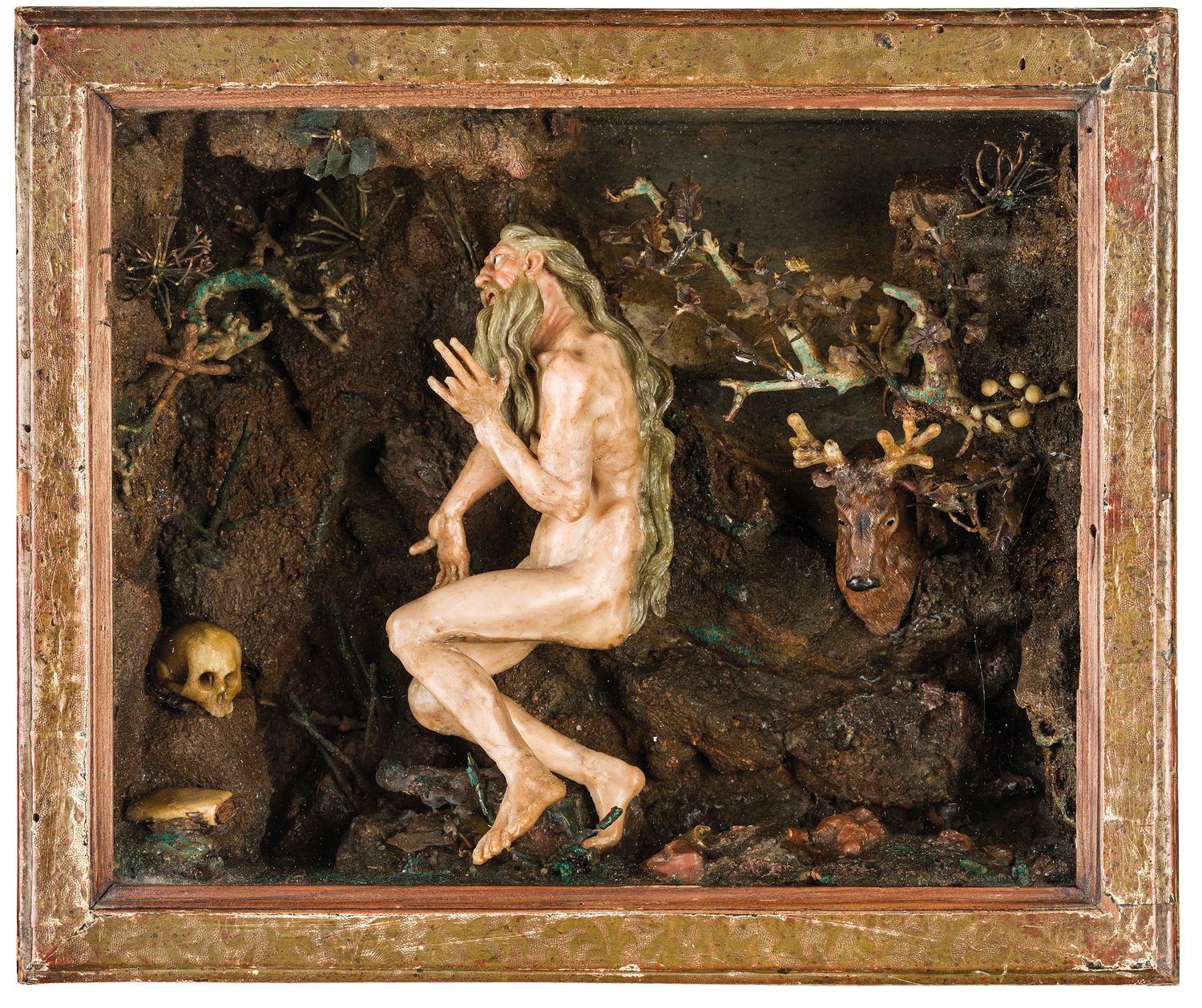 The art of modeling in polychrome wax rapidly translated to a scientific application during the late 17th and early 18th century. On account of its utilitarian function, the medium has largely been discounted as belonging to art historical discourse inasmuch as scientific history. However, the Baroque era initially professed the medium as an artful and esoteric curiosity. Evidence for this can be observed in the career of the most celebrated master of the genre, Gaetano Giulio Zumbo (1656-1701), a self-taught monk who excelled in the art, leading to the patronage of Cosimo III de’ Medici in Florence, for whom he executed teatrini (little theaters) or dioramas depicting five stages of death and decomposition.

Wax modeling and teatrini were one of the earliest attempts at hyper-realism and the beginnings of art as less static and more spectacular, inspiring wonder before the advent of photography and moving pictures. In particular, polychrome wax convincingly captures the texture and color of skin, and the malleability of the medium provides the possibility of intricate detail on a small scale. These sculptural works in wax, set deep into their frames created a shadowbox from which sculpture could emerge. Their small scale served only to enhance their intimacy, commanding the viewers attention and sparking imagination when one’s eyes set upon these little theaters.

The present work may be attributed to Caterina on stylistic grounds (analysis available upon request). Many of her works are lost or have been destroyed over time, though some survivals are known, most notably those at the Church of the Immaculate in Catanzaro, Italy. These works were recently restored and exhibited to much praise and success. The Victoria & Albert Museum (London) has also recently shed light on this art-form and Caterina’s work via their exhibit, Welcome To Hell, which showcased also the work of her celebrated mentor, Gateano Giulio Zumbo.

Though Caterina operated under the auspices of Zumbo for about 15 years, she yet blossomed with her own distinctive appeal and approach to the art form. Vittorio Sgarbi – referring to the works of Catanzaro – summarized as follows: “What in Zumbo was dramatic and deadly is in the de Julianis imaginative, vivid, cheerful; but both aspire to marvel with their parallel worlds, with different expressive tensions.”

Apart from her dramatically complex compositions in large scale, like those in Catanzaro, she also specialized in scenes of saints. One example is her Magdalene in Adoration belonging to the Cavallini Sgarbi collection, dated 1717. Of similar scale to the artwork offered here is the Jerome in the Desert in Harvard University’s Museum. The scene is alike in its simplicity, relying on a painted background with wax surrounds to build-up the scene.

In 1820, Giovanni Battista Gennaro Grossi, published a brief biography of Caterina’s work, noting she had made herself famous for the formation of natural silk flowers, adding the scent of the species to which they belonged…indicative of her devotion and dedication to hyper-realism and a multi-sensory experience.

The present Jerome was likely executed at the time of or leading up to her more masterfully staged dioramas. It anticipates the more eloquent realizations of the winged Father Time depicted in her teatrini of an Allegory of Time in Cantanzaro and Time and Death at the V&A.

The present composition would belong to those types Caterina developed for use in private homes and for private devotion.

Condition: Polychromed wax, silk, paint, in contemporary wooden box and original gilt and punchwork frame. Condition commensurate with age (damages, and various restorations, recent and old). In spite of its condition and restorations, this work remains a noteworthy survival for such fragile objects susceptible to climate and losses. Examples of this kind are especially scarce to American private and museum collections. From an important Genoese estate, Italy.