A rare bejeweled pax depicting the Madonna of the Crescent 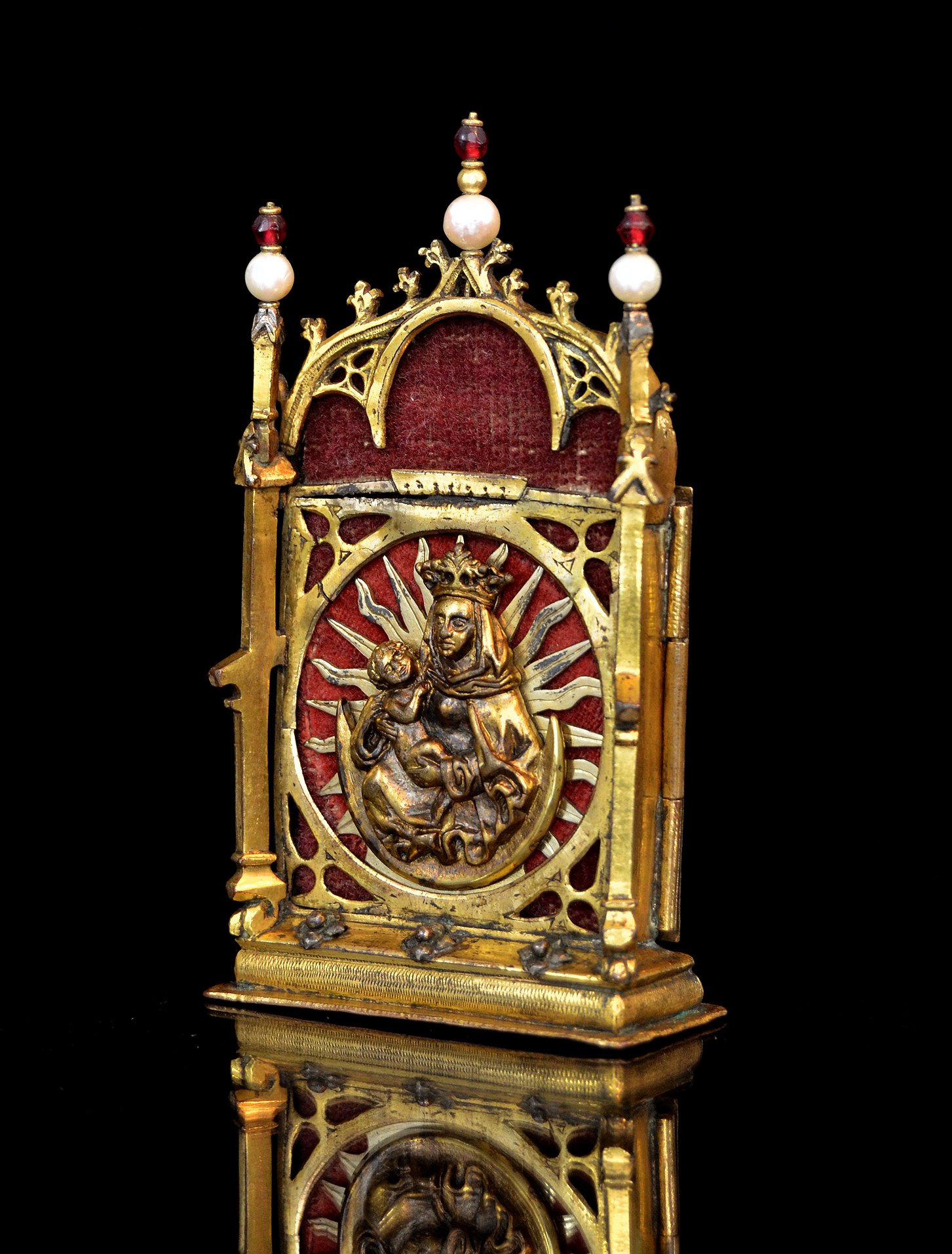 The present pax is of utmost elegance with a lovely gilt applique depicting the Madonna of the Crescent with extended rays emanating therefrom. The openwork arched portal is set upon a stepped base.

This style of pax, rare in commerce, is commensurate with other paxes found in Cologne churches and probably represents the production of a single workshop or a group of workshops using similar designs and inspired by regional architecture.

Contemporary cast gilt applique and pax frame. The central appliques are set against red velvet, mounted to an old wood backing concealed within the frame. The reverse of the frame is hinged and opens to reveal the wood backing inside. The red velvet behind the central applique is a later replacement while the velvet backing exposed in the upper portal of the frame is possibly contemporary. Contemporary pearls and cut glass in imitation of rubies top the center of the pax and its flanking spires. Three rosette appliques are fixed along its base which feature a handsome striated texture. Other chased afterwork is observed on various details of the frame. Minor losses to some of the gilding.