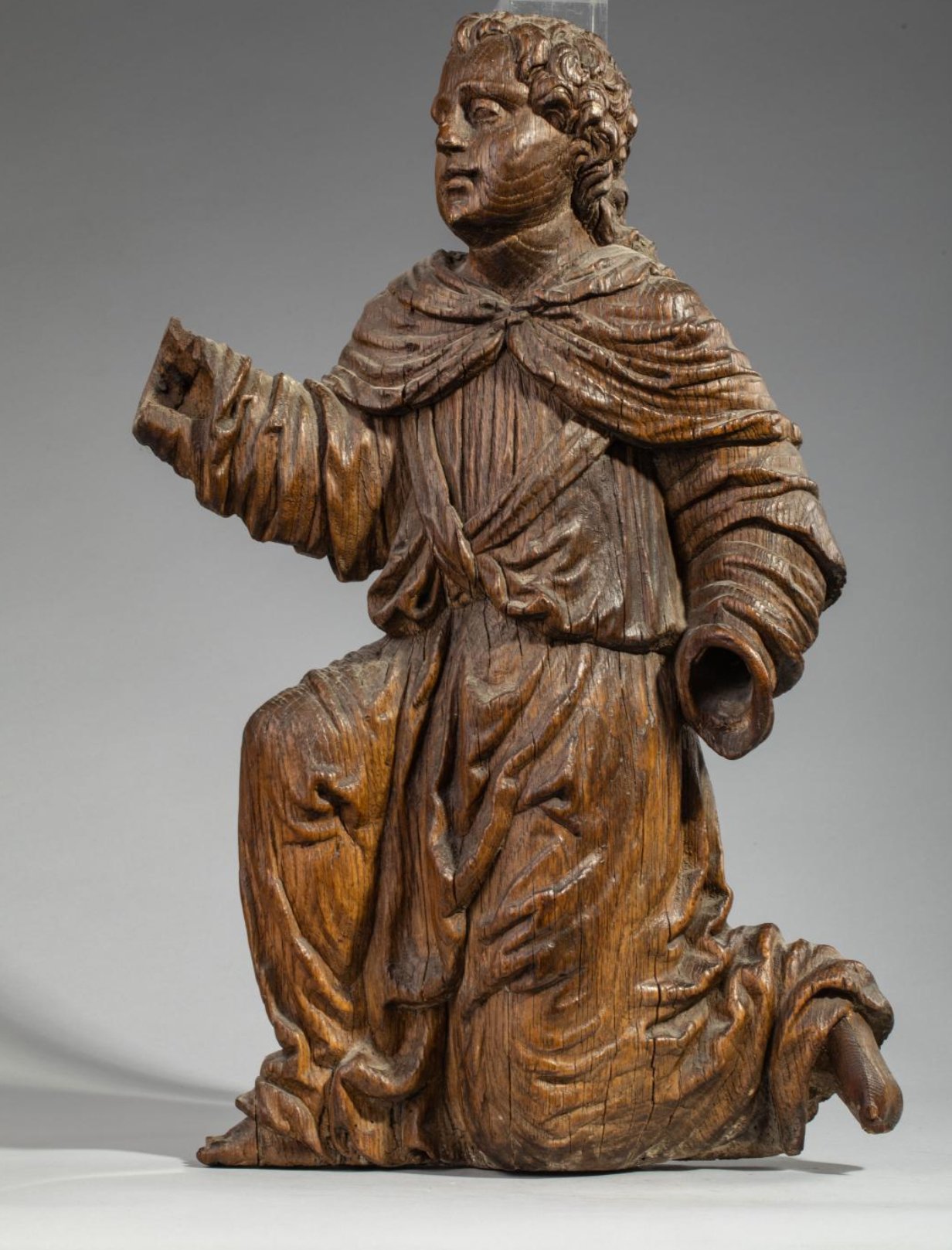 This sculpture lacks the original candelabra it once supported, probably forming part of the altar for a chapel.

Its character recalls the stature of Michelangelo's Angel with a Candlestick for the Arca di San Domenico in Bologna, made in 1494-95. The sculpture may also represent the Kneeling Angel of the Annunciation, though we assume the proper left arm's extension beyond the termination of drapery on the ground suggests space for the proper footing of a candelabra.

Our angel bestows a swift yet stationary demeanor. The fortuitous drapery lends weight to the sculpture while the angel's character is economic in its function and impact. The subtle joy featured on the angel's face recalls the much earlier, 13th century Gothic influence of the stone figures adorning the Reims Cathedral. Parallels may also be drawn with the stone Annunciation group, ca. 1400-20, at Notre-Dame in Ecouis.