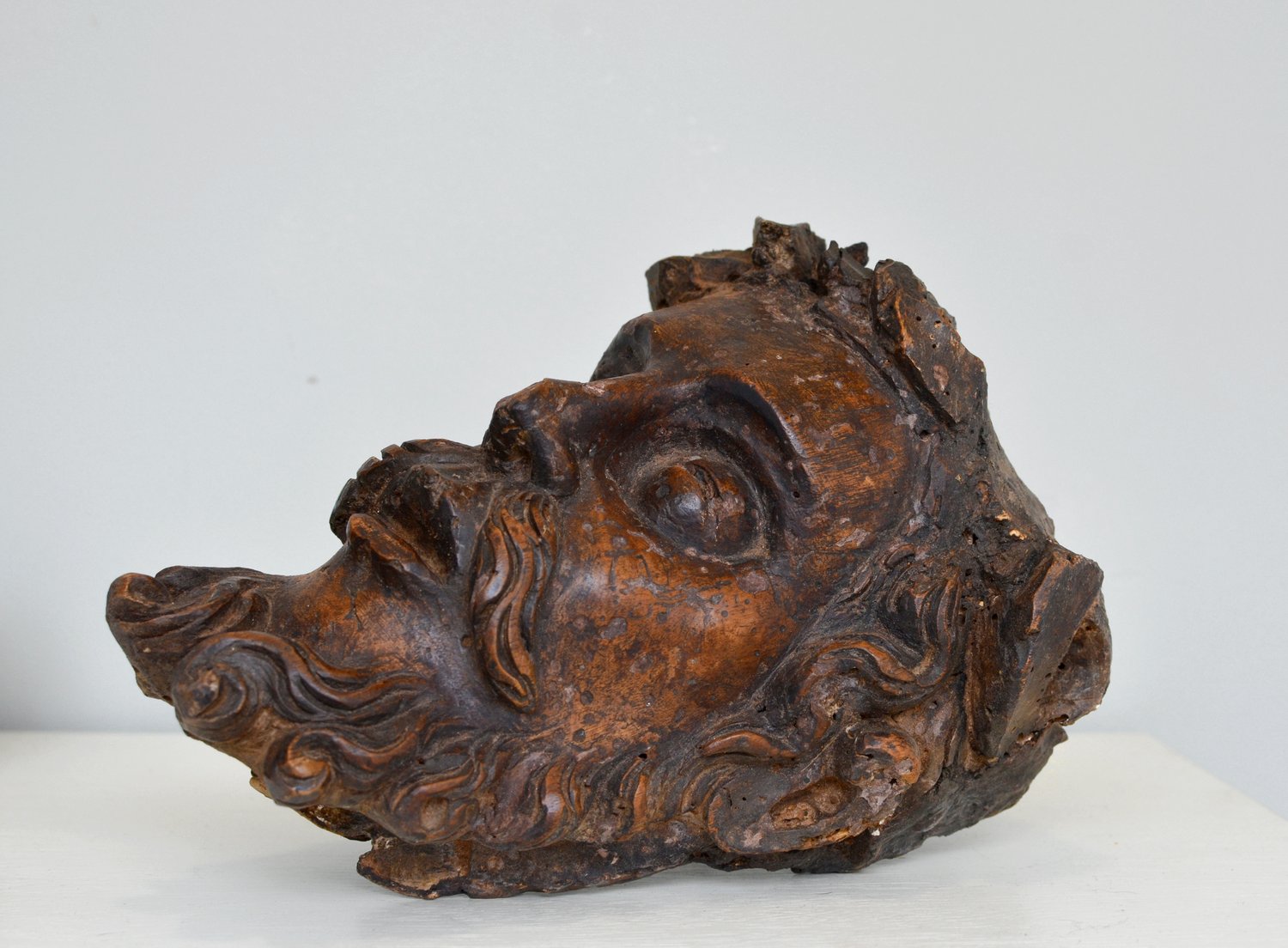 A wooden bust of Christ, fragmentary from an antique corpus of the Castille or Aragon region of Spain, late 15th century.

The thick waves of hair, terminating in spiraling curls, defined nostrils, and the overall physiognomic harmony of the face recall other similarly sized effigies in wood and alabaster from late 15th century Castile.

Condition commensurate with age. Worming along extremities and reverse. An old iron nail still situated on reverse for suspension. Chips and losses to the crown-of-thorns and elsewhere.