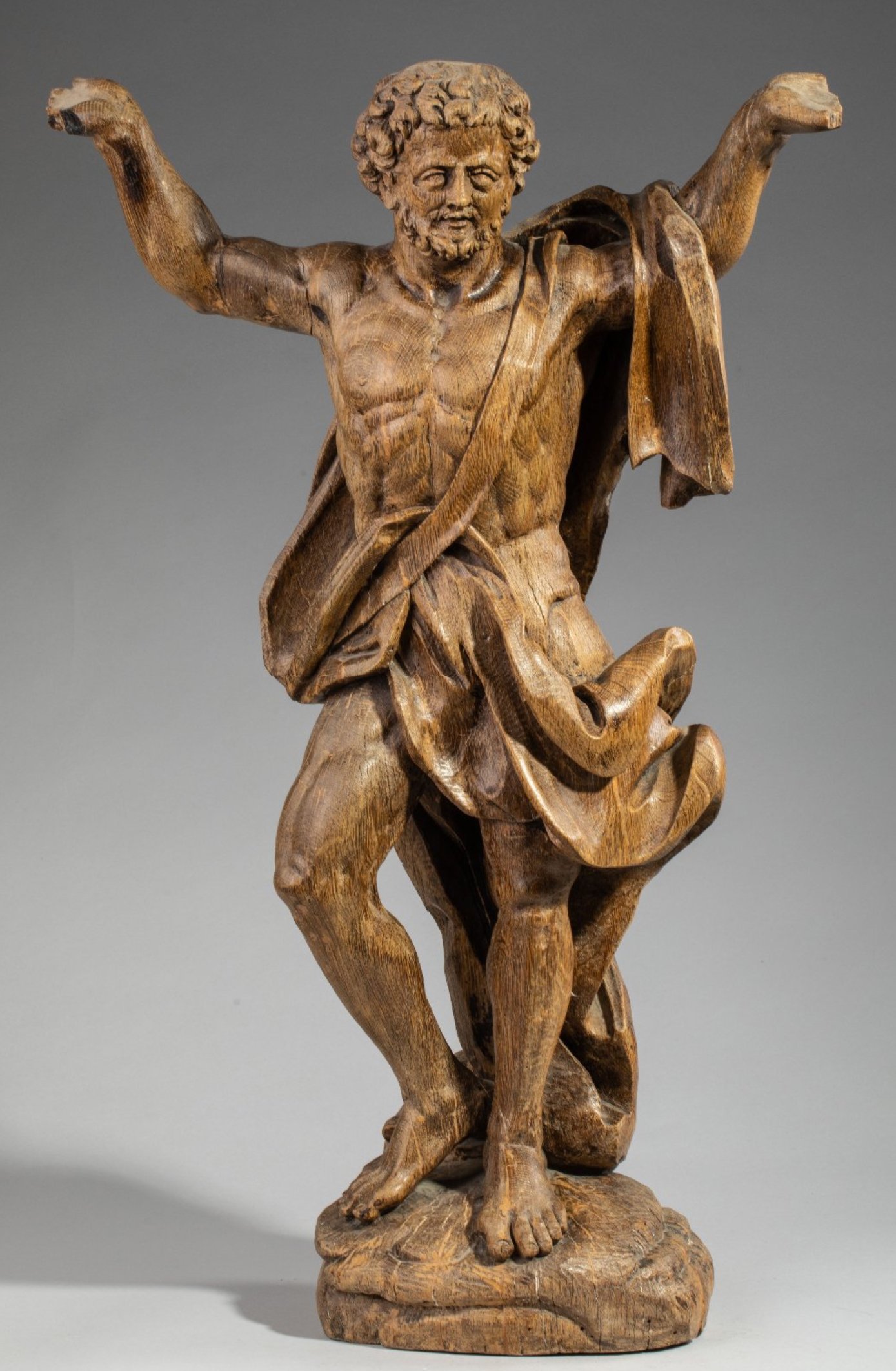 Though lacking the original globe which must have accompanied this bold sculpture, it yet retains a monumentality and presence suitable for a connoisseur’s collection, study or office. The standing pose is an uncommon iconography and a captivating one in which the proud Atlas succeeds in bearing the weight of Earth with an effortlessness both adroit and cool.

The modestly finished reverse of the sculpture suggests it must have once been placed in a niche in its original setting.

Condition commensurate with age. Lacking orb, digits lost, proper right arm and reverse portion of the base firmly reattached during a probable restoration in the last century. Cracks and fissures also filled and repaired in recent history.