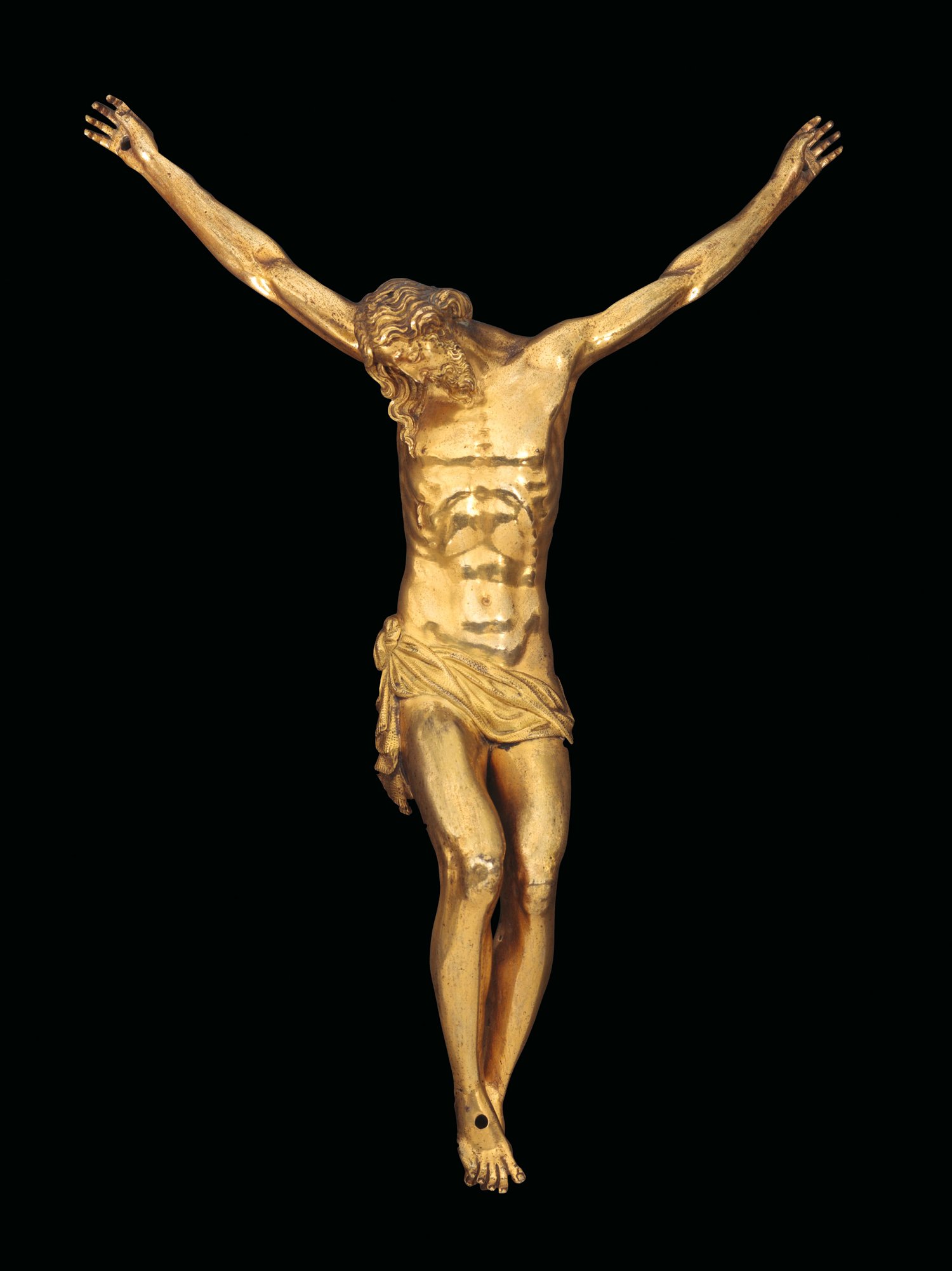 The present corpus is a confident, rare work by Guglielmo della Porta and his workshop. After Michelangelo, Guglielmo was the next successor in Rome for sculpture, being heavily influenced by his predecessor and prolific in the production of works in marble, bronze and silver.

During the Counter-Reformation Guglielmo's output was almost entirely exclusive to the production of devotional works-of-art, in particular, crucifixes which, by that time, were in popular demand, not only regionally but also internationally as diplomatic gifts for monarchs, nobility and clergy alike.

After his death in 1577, Guglielmo's inventories cite at least 58 examples of crucifixes, finished and unfinished and ranging in size from approximately 22 to 70 cm in height.

Our present corpus is confidently linked to Guglielmo based upon its quality, treatment and finishing whose fidelity is impressive enough to suggest a contemporaneous cast made in his workshop.

The general scale and form of the corpus pairs it closely with one Guglielmo made in 1571 for Cardinal Alessandro Farnese, however its redacted torsion and raised, strained arms likewise compare it favorably with another gilt silver crucifix Guglielmo made for Maximilian II of Austria in 1569. The perizonium diverges from both aforenoted models though relates to what is probably a slightly later model known by a quantity of casts (see examples at the Galleria Colonna in Rome, Milwaukee Museum of Art, and Museo Lazaro Galdiano in Spain).

Our corpus may suggest the direct hand of Guglielmo rather than his assistants, as the physiognomic energy, Nordic facial character and unsubdued modeling of his hair, frequently tamed in versions made by his assistants, is commensurate with other corpora confidently ascribed to him. Further, the rugged, higher-relief feature of Christ's hair, juxtaposed against the smooth modeling of his face, follows Guglielmo’s figures featured on pax reliefs of the Flagellation (Victoria & Albert Museum) and Risen Christ (Metropolitan Museum of Art) and especially a Mount Calvary panel at the Budapest Museum of Fine Arts.

Guglielmo’s crucifixes were widely popular and continued to be reproduced by his workshop assistants posthumously. An innumerable quantity of aftercasts were made by continuing generations, making the present corpus an exemplary product of original workmanship.