A Germanic wood Corpus by the Monogrammist N.S. 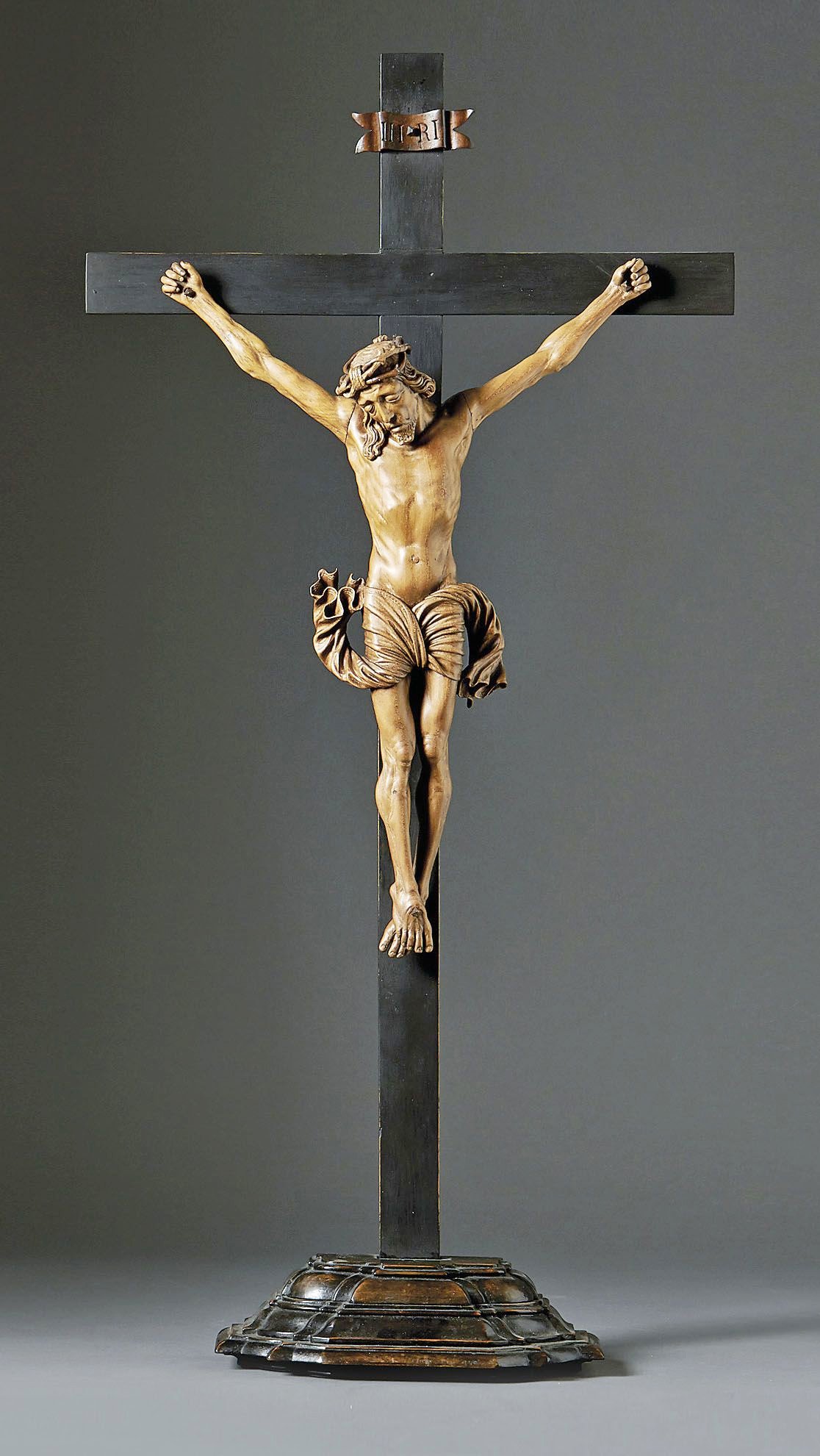 The present crucifix follows a Germanic figure of Christ probably inspired by a well-diffused mid-16th century woodcut by Lucas Cranach the Younger (1515-86).

This distinctive corpus, whose flaring perizonium and distinct facial characteristics, can be linked with two other examples following the same prototype and possibly derivative of the same workshop: an example at the Bayerisches Museum (Inv. MA 1771) and one in the Berlin Museums (Inv. 8450).

The two aforementioned crucifixes were originally believed to be of the late medieval era but were reassigned to the early 17th century during their exhibit in Frankfurt in 1982 (Dürers Verwandlung in der Skulptur zwischen Renaissance und Barock).

Unlike the aforementioned examples, our corpus features the monogram of its maker: “N.S.”

In addition to those already noted, the present sculpture also closely follows one at the Museum Johanniskapelle (of Gothic Art and the Spirit) and another belonging to the Bernkastel-Kues Parrish Church in Germany.

Condition: Damages commensurate with age with some 20th century repairs (replacement of one or two fingers, reattachment of broken portions to the crown-of-thorns, a careful reattachment of the perizonium). Overall, the sculpture has been sanded down to provide a fresh finish or to remove old polychromy, an unfortunate trend of collector’s in previous eras. The buttocks cut away for mounting to a later, 18th century ebonized wood altar cross, though preserving still the maker’s original monogram: N.S. Overall, a remarkable survival in quite good condition.