A bronze cast of the Tazza Farnese, one of the most treasured survivals of antiquity 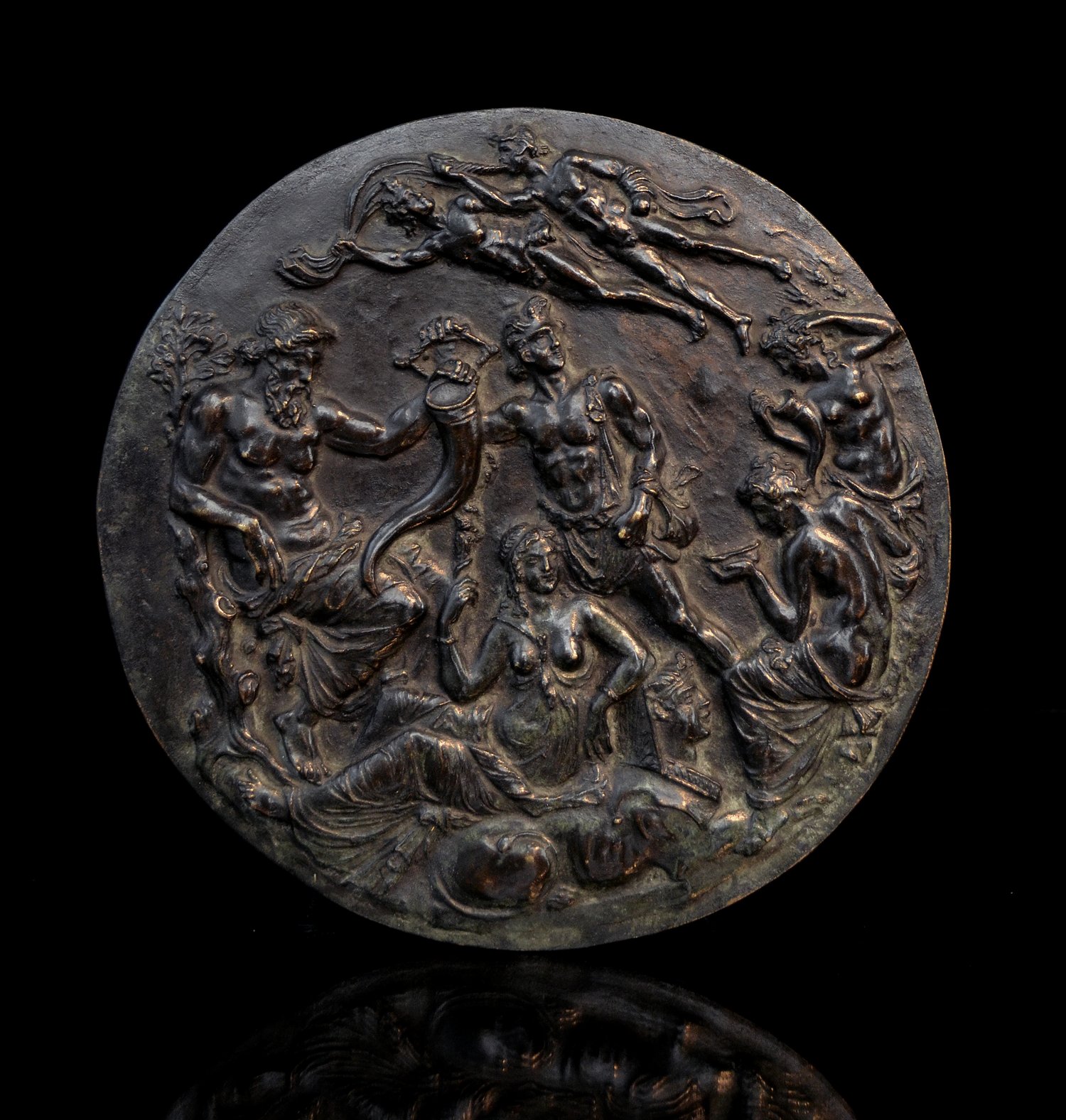 An exquisite bronze cast of one of Classical Antiquity's most treasured survivals: the Tazza Farnese, depicting an Allegory of the Nile

The original Tazza Farnese (see listing images for a photo) is one of the most prized survivals of important hardstone carvings from the Classical era. It was a treasured artifact owned by many prestigious persons in history and was the most highly prized carved gem owned by the important Medici family in Florence.

Its scene influenced the major artists of the Renaissance including Raphael, Botticelli and probably Michelangelo.

The present cast was formerly owned by the dealer and scholar John Winter of London (Trinity Fine Art Gallery). For nearly a century, these bronze casts were thought to be Renaissance era casts, however, the current research indicates their origin with the Chiurazzi Foundry in Naples. See link below for an in-depth discussion:

The present cast is also cited and mentioned in Marina Belozerskaya's authoritative book discussing the fascinating history of the Tazza:

Condition: Modern cast of excellent quality. Rich black patina applied to obverse and reverse. Reverse exhibits evidence of cut and filed sprues with a large sprue located in the center, shaved with a large file. There is an unidentified blue chalk mark on the reverse, probably a number. Barely visible, along the margin of the reverse are a series of numbers, probably six digits, with the last three being “000” in black paint, over top of what appears to be an earlier painted number in smaller form and in red or burgundy ink. These are either dealer or catalog collection numbers.