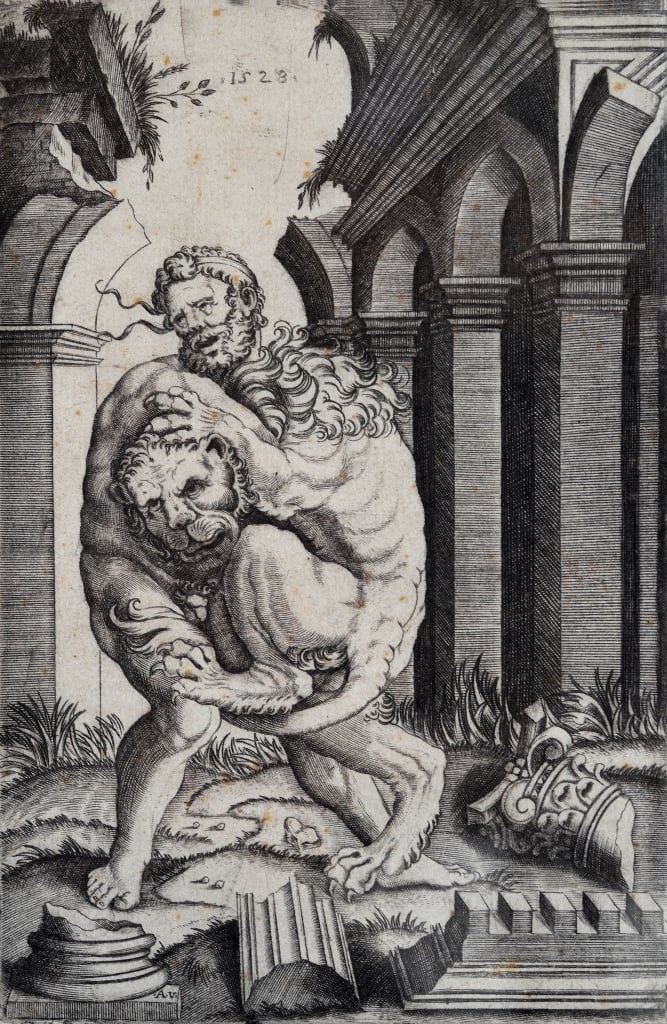 A rare and fine engraved print of Hercules and the Nemean Lion by Agostino Veneziano, dated 1528.

This engraved print, known by only one version/state (Bartsch 287) is thought to follow after a design by either Giulio Romano or Raphael. Initialed in the plate is the artist’s monogram “A.V.” and the date 1528.

The scene illustrates the first labor of Hercules, in which he redeems himself by saving the City of Nemea from a lion who was terrorizing it. The lion’s skin was impenetrable, forcing Hercules to subdue it through strangulation. Metaphorically, Hercules transmutes his vice into virtue.

Other examples of this print are found in important private and museum collections, including the Metropolitan Museum of Art, Boston Museum of Fine Arts, et al. A later copy by an unidentified Monogrammist P.B. is in the British Museum collections.

Condition: Trimmed along the margins. Some minor discoloration to areas of the print. Overall, a crisp, clear print and with a condition commensurate with age. Handsomely matted and set into a fine modern gilt wood frame.